Yesterday, I went to New York City for the first time.

Within 30 seconds (literally, I’m not exaggerating) of arriving to my destination, I was told to hurry the hell up, drop my bags, take off my warm clothes, and run through a 5 minute obstacle course race, in the middle of 42nd & Broadway, in front of numerous film crews.

Five minutes after crossing the “finish line”, I saw Times Square for the first time….as I sprinted down 43rd ave following a bunch of shirtless Spartans in the middle of January (the stares from onlookers was priceless). 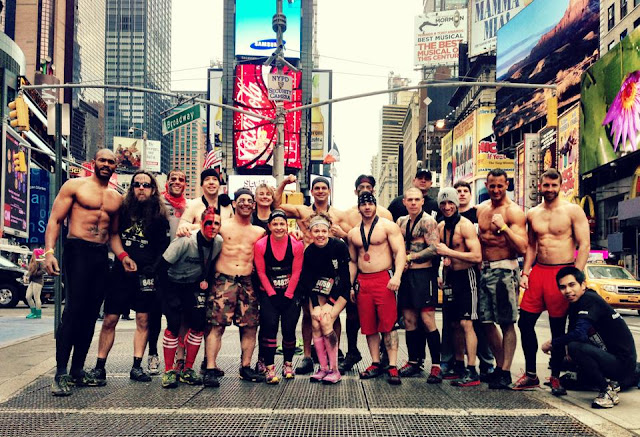 There was honestly no other way I would have wanted to “see” the Big Apple for the first time.  I was very excited to have been included in the Reebok Spartan Race event/demo in NYC yesterday. It was fun, it was cold, and we had a great opportunity to indroduce the Spartan Race to passersby.  But really, that’s all I have to say about the event. 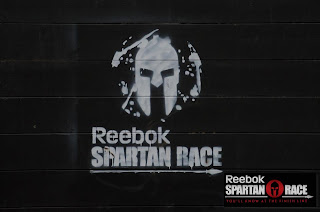 Instead, let’s talk about this new partnership announced yesterday.  Everyone seems to have a strong opinion one way or another on the recent announcement that Reebok is now the prime sponsor the Spartan Race (which is now referred to as the “Reebok Spartan Race”).   Facebook, twitter, all social media outlets have been blowing up with opinions.   So of course, you know I’m going to voice mine.

I’ve worked with Reebok in the past.  I like them.  I’m currently not under any contract nor in any campaign with Reebok.  Not that I’ve ever lied about my opinion of companies before, but just to put that out there now, I don’t HAVE to say that I like them.  But I do.  Are their shoes my favorite? Mehhh not always. I can’t run any significant distance in them.  I’ll grab my Merrell’s or Brooks long before I reach for the Reeboks on the trail.

And let’s face it: it’s downright scary when something we all LOVE and think is perfect just the way it is (Spartan Race) signs on with such a HUGE name like Reebok.  Is our beloved race series going to change?  Is the crazy sh*t Joe, Andy, Tommy Mac, Norm,  and all of the guys pull out of their hats on a whim and make us do going to change, now that such a big name has vested interest in the company?  The threat of a tarnished name/image due to one wrong move often results in a lot of precaution from such huge organizations.

And “caution” is not a term many of us Spartans are familiar with.   Nor do want to be.

But here is what I KNOW about Reebok: they mean business.  When they decided to sign on with CrossFit, and become the brand that is now synonymous with CrossFit, they did not mess around. They not only researched the athletes, how the athletes move, and what the athletes needed for CrossFit, but they ASKED the pro’s their opinions.  Real athletes tested the products and gave feedback.  They were 100% committed to the product WORKING, not just looking good or being trendy.   As a result?  Their CrossFit line is pretty killer and genuine.  The clothes are great for working out and the CrossFit specific shoes really are top notch.  I do love my Nano’s for the box and the gym. Again, no one is paying me or giving me free stuff to say that.

Does Reebok currently have anything publicly available that I would recommend for obstacle course racing?  Nope.

But based on what I’ve seen and heard first hand straight from the mouths of those directly involved at Reebok headquarters with the CrossFit line, I have no doubt they are going to put the same dedication into their new venture into OUR world of obstacle course racing.

Further, like it or not, joining with such a large company means huge advancements for Spartan, and for the obstacle course racing world in general.  This sport is going to become globally recognized.  The possibilities at this point are endless.  Many fear that in turn, this may “water down” the sport.

Well of course it will.

There was a time when CrossFit was just as underground, and now everyone and their grandmother are members of a box.  And in my fitness-professional-biased opinion? GOOD.   Get those people moving.  And what has been Spartan Race’s motto all along?   Get people off the couch.  Like it or not, this is what Spartan Race’s dream has been all along.

It’s not going to take away the camaraderie, or the amazing feats of strength.

It’s not going to take away the friendships, new or old. 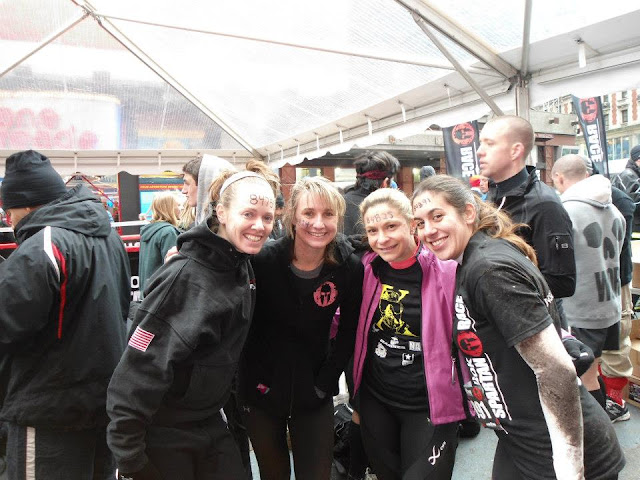 And NO ONE, not Reebok, not Spartan Race, can ever take away your drive to make yourself faster, stronger, better….except for you.  So keep doing what you are doing friends.  Keep pushing, everyday, to be the best person you can be. You don’t need a clothing company or a race series logo on your shirt to prove it for you.