“Spartan Race in a baptism into this life, the Death Race is an exorcism.”  – Joe De Sena

Three years ago I fell into the position of volunteer coordinator for what I can honestly say is the most insane “sporting” (can we even use that term?) event I have ever witnessed or heard of.    I’ve tried time and time to explain to those who ask “what is this Death Race thing you go to?” but words fail me .  I tried to explain it in writing…twice.  And I’m sure I’ll give it another attempt sometime next week when I catch up on sleep, but words simply do not do the experience justice.   It’s not another obstacle course race.  It’s not an adventure race. Though the athletes cover nearly hundreds of miles, it’s certainly not an ultra marathon.  It may cover 24 hours, it may cover 72 or beyond.  There is a start and a finish, but only a few choice people know exactly where and when those are…and none of them are the athletes.   As anyone who has raced, worked, or even spectated a Death Race can tell you: you have to see it to believe it.  There simply are  no words.

It is the Death Race.

I didn’t know that the people I would meet that weekend would change the direction of my life. I didn’t know that some of the people I met then would become more than just friends, they would become my Spartan family.     I realized really quickly that these are the type of people I want to surround myself with.  People who are physically and mentally resilient.  People who believe that they are capable of so much more than what our society deems “sufficient”.  People who want more out of life than simply average.  People who will go to extremes to find what they are truly capable of…and not for fame or glory, but simply for self improvement.

They are also pretty crazy and stupid at times, and this is exactly why I love them.

And these crazy, stupid, resilient people  have no idea what they are up against this year.  I do.    The theme this year?  The Explorer.  (I sure hope you kids know how to use a compass.) I’m both terrified (seriously)  and excited for them as they face some extreme challenges over the next few days so tough that the majority of them will not succeed.  But most of all, I’m honored to be a part of the whole experience.

If you care nothing at all for updates…I apologize in advance. Ignore me until Wednesday.  I’m off to Pittsfield…

“Every man dies, but not every man lives.” 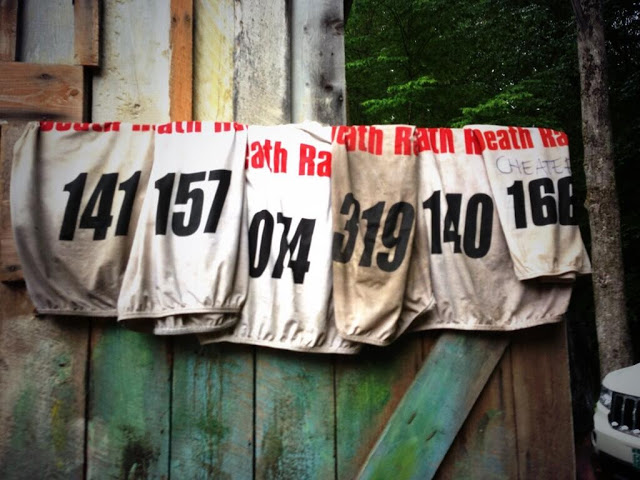