I don’t have much of a race report to share, because not much of a race happened for me.  I was excited for a second attempt at Swamp Fox 100, an unsupported ultra in the Francis Marion swamp of South Carolina.  I was confident, I felt incredibly strong, and I raced smart from the very first step.  I kept my pace in check from the get go, didn’t even flinch with an ounce of competitiveness when other women passed me, and stuck 100% to my nutrition plan without skipping a beat. 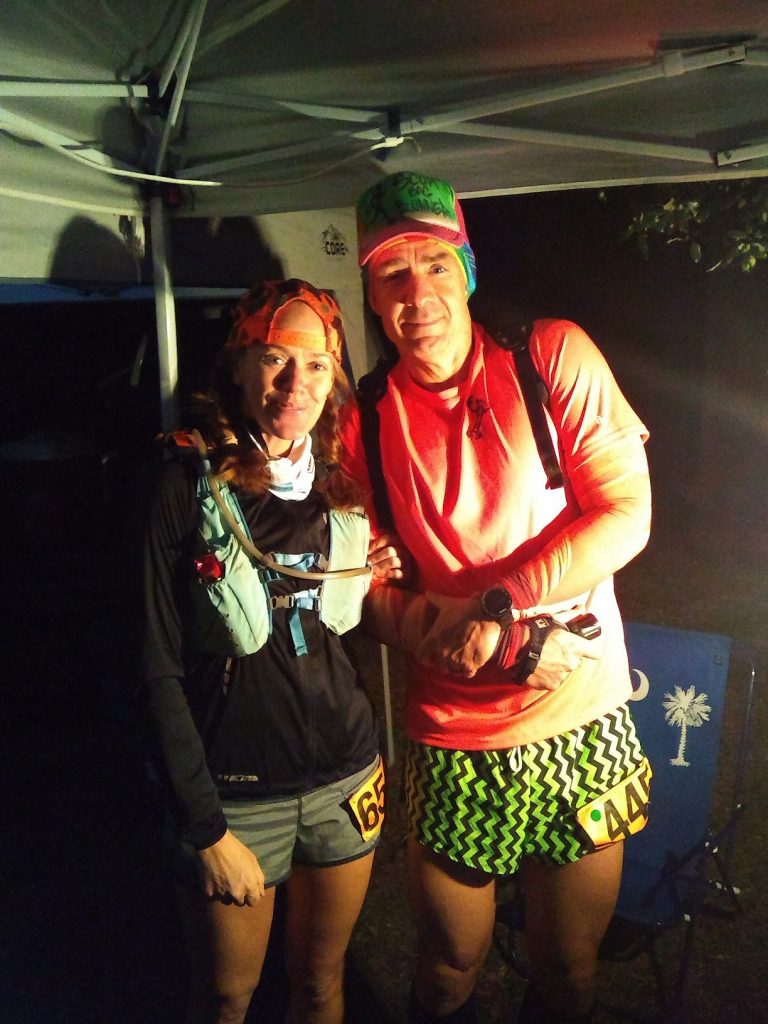 Unfortunately, around mile 18 my body said “to hell with you and your best laid plans” and started protesting.   My period (ahh the good ol’ menstrual cycle, it also does not care about your plans) picked around mile 6 to show up.  My stomach became queasy, which usually doesn’t happen until the later stages of a race.  My heart rate was elevated more than usual, and I couldn’t do anything to get it to come down.  My knee ached from the not-so-graceful tumble I took around mile 7, just after passing a group of runners (bruised my knee more than my ego though).  Speaking of, I couldn’t pick up my feet enough to stop tripping over the endless tree roots on the trail, which isn’t like me.

Yet still, I pushed through.  Because 100 miles is a long freaking way, and lows happen.  Of course, you never expect them to happen so soon, but the bottom line is: you know they are going to happen.   So you suck it up and persevere.

You  try different things to try and change not just your physical discomfort, but your mindset.  Switch up your pace, take more walk breaks, eat something different, put on some of your favorite positive music, tell yourself (even if you are lying in that moment) how much you LOVE this sport.

Every time I’d come through an aid station, a Myrtle Beach runner who was there crewing for a friend would tell me I looked strong.  Every time he asked me how I felt, and I told him I felt good. I figured I could lie myself into a better mindset.

For 17 more miles I tried everything I could to turn my day around,  to no avail.

I had never felt so beat up as I did a mere 30 miles into the race.  (Yes, I realize that I sound like an arrogant ultra runner, yes I realize 30 miles is far, but the reality is, a 30 mile run is a regular in my life these days.)   There was no reason I should have felt that bad so soon.  I’ve felt worse 80 miles in than I did at that moment.  And the thought of running 70 more miles wasn’t just laughable…

…it just wasn’t going to happen.

Yet still, I rolled into aid station #6, 35 miles into the race, well ahead of schedule.  At that point I had passed the first place female (I wasn’t trying or pushing, I just wound up there), and was now in the lead myself.  But I knew I was done. Not in a teary “woe is me” emotional sort of way, rather a matter of fact “I either drop out now or I drop out at the 50 mile turn around, but either way my body just doesn’t have 100 miles in me today, period.” type of way.   I could read the confusion and uncertainty in the eyes of my husband, the volunteer manning the aid station, and other crew members who had seen me at various points during the race.   Part of me hoped I could rally after a short break.  But five minutes turned to ten, ten minutes turned to twenty, and nothing changed.

I was done.  It was still light out, I still had time to go back and join my friends for a late lunch.  And I was perfectly content with my decision for the rest of the evening.  Especially when I climbed into my warm sleeping bag as the cold wind was starting to pick up later that night, and found myself wildly grateful to be there and not on the trail. 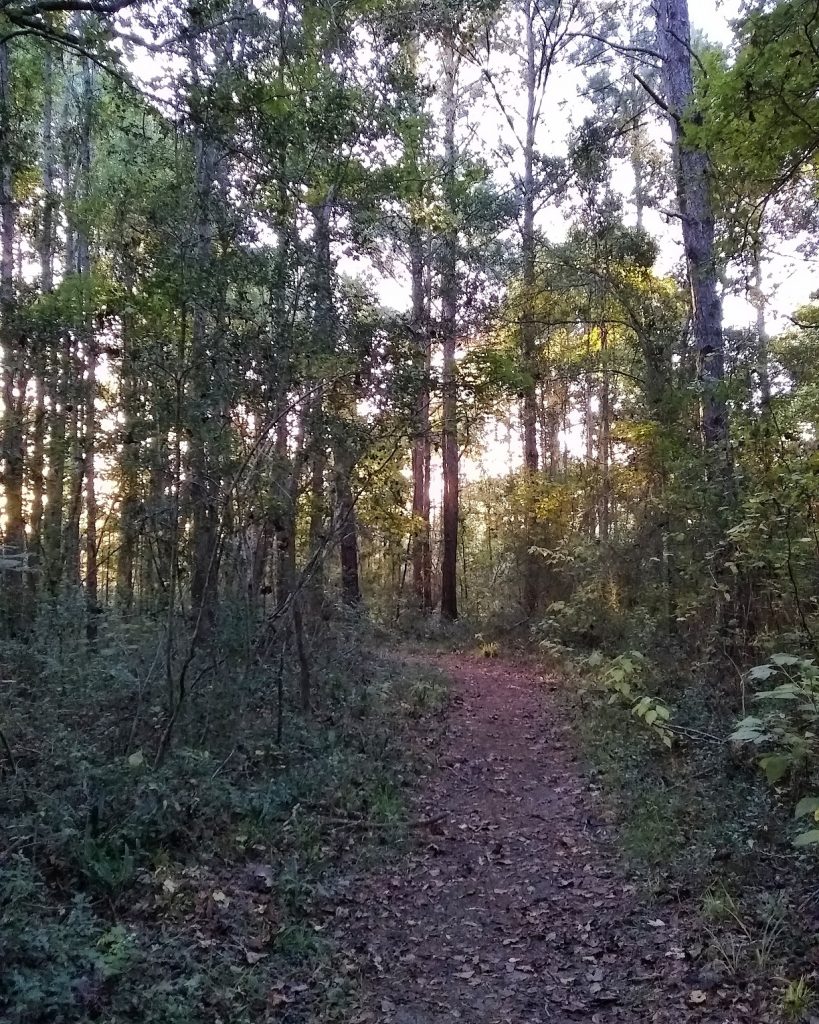 The next morning I woke up with what I now refer to as the DNF hangover.  A similar feeling of regret that I always had after a night of drinking perhaps a bit too much.  The anxious feeling that comes with questioning your decisions, and deciphering between perceived reality and actual real life (Did I just have bad day? Did my training fall short? Or am I just not cut out for this?).  Not to mention, the tiny pang of jealousy when you watch other people cross the finish line, the one you had hoped to see your own feet cross.

This time, however, I knew I made the right decision pulling myself out of the race. I knew my body wasn’t going to cover the distance required for a buckle, and absolutely no amount of willpower or stubbornness would have made it happen.  Better to be real and cut my race short than end up with an injury.

Instead, my DNF hangover this particular morning was more about the big picture.  Maybe I’m just not the right type of athlete for this distance.   In case you’re keeping score, this was 100 mile DNF #4 this year alone (the $30 club makes it far too easy to sign up for these things).  I dropped out at mile 60 of Frozen Hell Hole, mile 90 of Knock on Wood, mile 45ish of Hell Hole Hundred, and now mile 35 of Swamp Fox.  In fact, I’m 1 for 10 out of either 100 mile races or 24 hour races where I declared to the world that I’d hit 100.  I’ve come damn close many times, I’m not bad at running long distances, but I’m also not good at hitting triple digits.  And every time I say I’m done with this distance…but I keep coming back for more.

The other reality is, I haven’t had the time to train properly as of late.  Sure, I trained my tail off this summer for the Barkley Fall Classic, but it’s now November.  My life has been a roller coaster as of the last few months, and let’s face it: fitness levels don’t hover while you take a two month sabbatical to deal with life.  As a coach myself, I know what it takes to be successful at this distance. I know what kind of training I program for other runners, I know what I expect out of them.  For some reason, however, I always seem to live in an alternate version of reality for myself.  I seem to believe that sheer willpower alone and the fact that I’ve done it before can make up for my shortcomings in training and get me through a distance of this magnitude.

People often say “hundreds are mostly mental”.  They are to a huge extent, but mental willpower simply doesn’t make up for a lack of training.

Later that morning I sat under the official race tent with two incredible ultra friends who also unfortunately ended their race early with DNF’s.  We talked about the course, and where it went wrong for all of us.

At one point I blurted out: “I still think my one 100 finish was a fluke. Maybe I should stick with 50 milers, I know I can do those…” I said it confidently and with an air of sarcasm, only to immediately feel my gaze drop and the tears well up as the reality of giving up on my dreams began to set in.

Without skipping beat Jesse replied “But why would you want to do something you already know you can do?  Where is the fun in that?”

He was right, of course.  And in that moment I realized that I’ve been wrong about DNF’s all along.

In my mind, DNF’s have always been about falling short.  Failing to accomplish what you said you would.  A big ugly mark on your ultrasignup.com stats, showing your shortcomings as an athlete to the world.  A validation for those who might not be my biggest fans (an understatement) to smirk and say “See? She doesn’t know what she’s talking about. The girl who cried ‘wolf’.  Don’t take her seriously.”  A DNF or two in and of themselves are no big deal. Multiple?  Shameful.  Or so I thought.

But maybe instead, a DNF is proof that you stepped up to tackle something beyond the “I know I can finish this” comfort zone that anyone can do.  Proof that you were brave enough to try something that comes with a real possibility of failure…which is exactly why many people don’t do it in the first place.  Further, multiple DNF’s show that you were not deterred by the initial failure, and had the courage to push your pride aside and come back for more.  Sure, multiple DNF’s also give us the opportunity to learn from our mistakes, because if you fail time and time again there’s got to be something that needs to be changed.

Above all, a DNF shows that you believed in yourself, which frankly, is a gift.

I could have easily signed up for the 14 miler this weekend at Swamp Fox.  Or the 26.2, or the 50k.  Hell, I could have probably even gutted out the 50 miler on my wrecked body, and still come home with an official finish time and finishers coin.   But I didn’t.  I aimed big – for the 100 miler. I overshot. I fell short.  I came home empty handed. Again.

The coach in my realizes that I have some work to do, some priorities to set, and some goals to truly focus on.  And I will.   But still, I’m OK with the DNF’s.

Because perhaps deep down the one thing I fear more than failure…is the idea of never striving to truly see what I’m capable of.

(A huge thank you to Chad and Krista of Eagle Endurance for putting on another incredible race.  Thank you to my awesome fellow runners and their crew members for checking on me and taking care of me as if I was one of your own while I was out there racing solo.  Thank you to my amazing MB trail weenies for the laughter, the food, and the friendship.  And thank you to my incredible husband Geoffrey. I could never do any of this without you.)