What are some difficulties you’ve faced in life?

I’m not just talking about the “I really need caffeine and Starbucks doesn’t open for another 20 minutes” difficulties.  I mean the gut wrenching, soul crushing kind of difficulties.  The things that have kept you up in the middle of the night, the weight of the world sitting heavily on you as you feel your heart tighten in your chest.   The sort of things that can leave you feeling so hopeless, you to retreat behind closed doors to unabashedly and privately sob and wonder how on earth things could possibly get better.

What sort of things have tried to break you?

Have you ever suffered a broken heart?  The kind that literally hurts in your chest and makes you want to vomit?

Ever felt the sharp backstab of betrayal,  a deep cut that leaves you full of regret and void of trust?

Have you ever had to tell a person you love that you are leaving…and not coming back?

Has someone ever blindsided you with a goodbye?

Have you ever let someone else down, so much so that you could almost physically feel their disappointment?

Have you felt the shame of failure, wondering if there was anything else you could have done differently?

Or do you live with a constant fear of failure?

Ever felt the burn in your cheeks from embarrassment, when someone called you fat/ugly/skinny/poor/stupid/nerdy/insert-insult-of-choice-here?

Experienced the very real fear of living paycheck to paycheck?

Have you ever wondered how you’re going to put food on the table on any given week? Or keep the lights and heat on?

Ever feared that you’ll never be the parent your kids deserve, and that you’ve already let them down?

When you hear of the most recent terrorist attack, suicide, hate group, shooting, political uprising, or health scare, do you feel hopeless and genuinely fear for the future?

Have you ever wondered how in a world with 7.6 billion other people, you could feel so alone?

Suffered a miscarriage? Wondered if you’d ever get to feel a baby in your arms?

Do you ever contemplate if you’re stuck in this dead end job forever, and that you’ll never realize your true potential?

Ever watched your kids suffer from physical or emotional pain, and stood helplessly on the side knowing there was absolutely nothing you could do to take away the hurt?

Have you ever slept on the streets?  Feared for your life? Wondered if you would make it through the night?

Have you ever lost someone…forever?

We can put on our rose colored glasses and refuse to play the victim all damn day. We fight, we hold our heads high, and we make it through.  But the truth is: sometimes life is hard.   Really fucking amazing most of the time, but also devastatingly hard at times.  And not a single one of us is immune to it.

But running? It’s not that hard.

Sure, your lungs can scream and your legs cramp up, but compared to so many other difficulties we as a human race and as individuals face, running is not that hard. 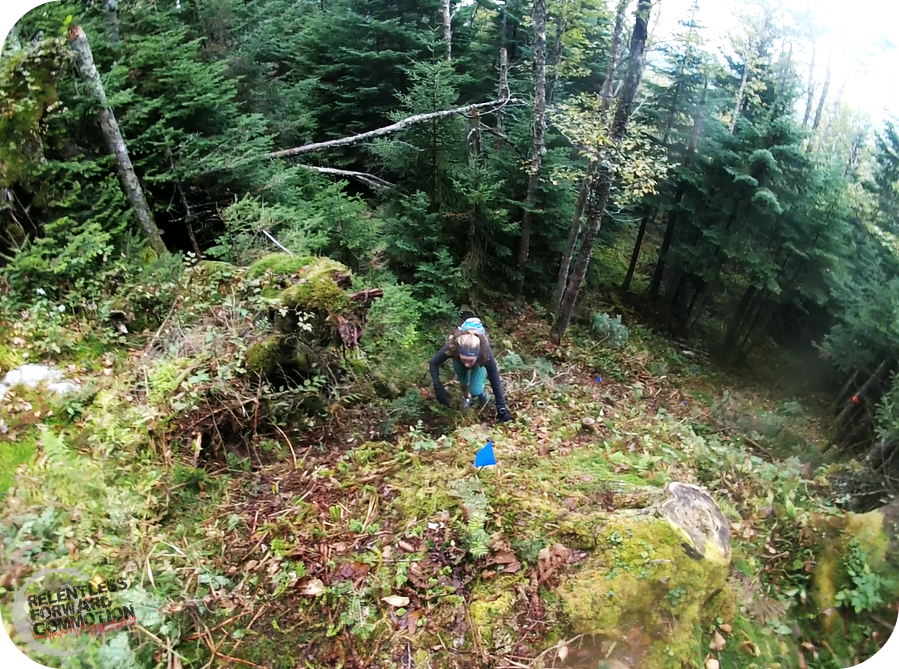 Hundreds of thousands of people, hell, probably millions, run.  And they run for a multitude of reasons.  Health. Weight loss. Friendship. Happiness.  Fun.

Some of us? We run for…and from…something greater.

Sure we run for all of those other text-book reasons too, but we also run for something so much more that there aren’t enough words to properly convey.   And in those moments, miles, hours, and sometimes even days that we run, the pain and uncertainty of the sometimes really-fucking-hard reality is replaced with a much more forgiving and easier to accept pain.  An expected physical pain that makes perfect sense, a pain that we are in absolute control of.

A pain that brings us pleasure instead of fear.

A pain that makes us, at least temporarily, forget.