As I strolled through a girl scout camp this past Saturday, wearing a bright red, strapless, puffy bridesmaid dress that not only fit perfectly, but I scored at the second hand shop for a mere $3.50, a friend of mine asked if I planned on blogging about this weekend.    After five years of doing fun, sometimes ridiculous things and then writing about it ( it always feels so”What I did on my summer vacation”-esque) I suppose it’s become a valid question.

And the answer is: of course I’m going to write about it.

Because lets be honest, how often does one spend the weekend running chaotically through the streets of a city with one hundred (and then some) other adults all wearing red dresses?

The answer: not very often.

A charity run, benefiting the Mohawk Hudson Land Conservancy, led us chasing a trail through Saratoga Springs, NY, to the delightful laughs of iPhone ready spectators.  I’m sure we are all over instagram.

Were there ulterior motives to our shenanigans?  You bet. 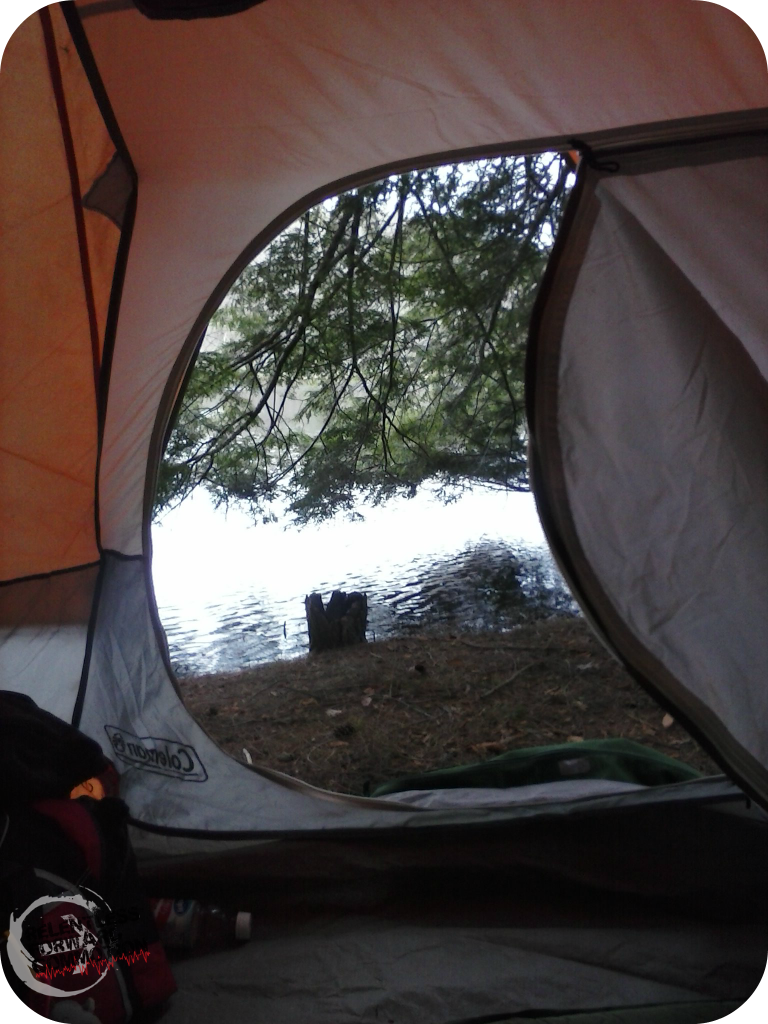 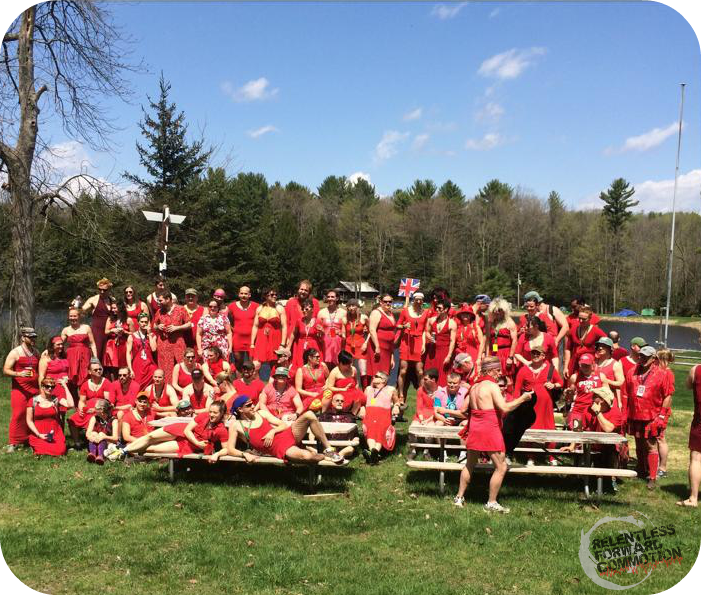 Ladies (and dudes) in red…

It was the tenth anniversary of the Northeastern Unofficial Red Dress Run.  And while the silly, ridiculous, shenanigan filled events of this weekend are better off left at the campsite and off of the blog (everyone needs to their hair down from time to time), it brings a little blog fodder in the form of a running-and-beer-drinking-history lesson.   And since everyone went crazy of the recent beer mile world record, I figure I’d add to the topic.   From Wikipedia (because it’s just as credible a source as any when it comes to the topic of hashing):

A common special event is the “Red Dress Run”, which is held annually by individual chapters. In 1987, a young lady by the name of Donna Rhinehart, wearing a red dress emerged from an airplane that had landed in southern California to visit a friend from her high school years. Shortly thereafter, she found herself transported to Long Beach, where her friend intended to introduce her to a zany running group called the Hash House Harriers.” One member, noting her gender and attire, urged that she “just wait in the truck” until her host returned. With that goading, she ran into history sporting her red dress and heels.

The following year (August 12, 1988), to commemorate the event, the San Diego Hash House Harriers sent “The Lady In Red” an airline ticket to attend the inaugural Red Dress Run. Hundreds of male and female hashers adorned themselves in red dresses for a spectacle widely covered by California newspapers and TV news. In addressing the crowd, The Lady In Red suggested that Hash House Harriers hold the Red Dress Run annually as an occasion to be used to raise funds for local charities.

The tradition of the Hash House Harriers Red Dress Run quickly spread to every corner of the globe, including Beijing, Montreal, Ho Chi Minh City, Helsinki, Moscow, Tokyo, Washington, DC, Hobart (Australia) and countless other locations.[3] Over the years, the Red Dress Run has been very successful in raising millions of dollars for a wide variety of local charities. The New Orleans Hash House Harriers attracted 7,000 participants to their Red Dress Run in 2010, raising more than $200,000 for 50 local charities.[4]

Today the Red Dress Run is an integral part of the Hash House Harriers’ heritage and is as iconic as the Royal Selangor Club where the Hash House Harriers was born and as sacred to them as founder A.S. Gispert’s drinking vessel. It’s a tradition born before few organizations turned to running events as a way to raise money and long before anyone ran in a dress of any color.

The Lady in Red passed away unexpectedly on April 13, 2013, just as the Hash House Harriers were celebrating the 25th anniversary of their Red Dress Run.[6]

History lesson aside, it was an incredible weekend to unplug from the internet…(other than the occasional instagram picture on the way there, like this time we broke down in the parking lot:) 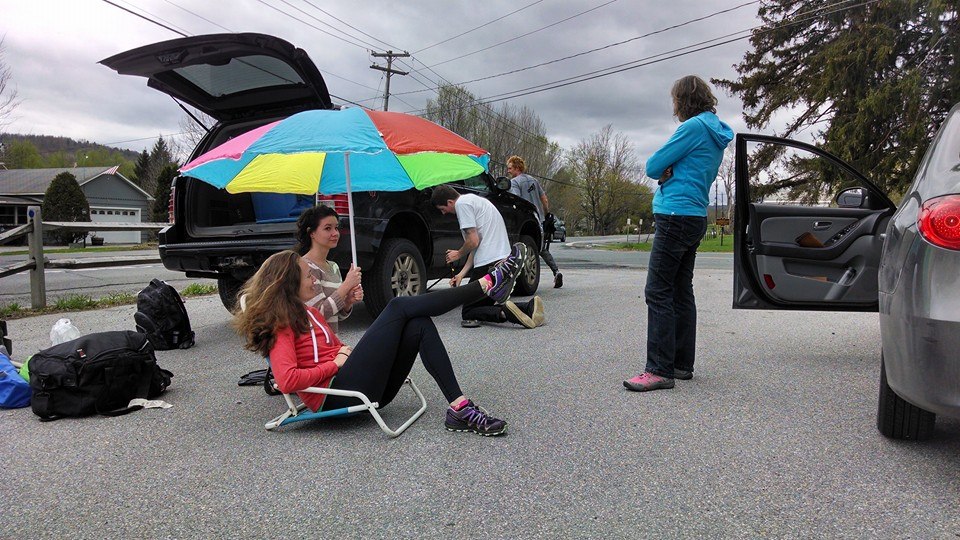 Staged shot by some bored ladies who were trying to stay out of the way. I’m not a diva, I promise.  Now move to the left, the sun is in my eyes…(photo credit Sarah C.)

…to spend some time in the beautiful, great outdoors…. 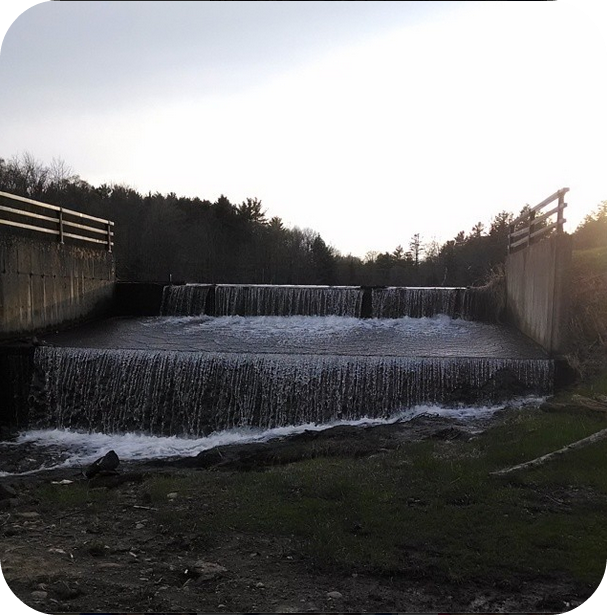 …and a chance to laugh.  And laugh, and laugh some more.   Thanks for all the laughs you beautiful, crazy people in red, it was much needed and much appreciated.  On-Red Dress-On!