Every now and then I can’t sleep.  Thankfully, it’s not a chronic issue, but occasionally I end up pulling an unplanned all-nighter.  In the past, when this would happen, I would lay in bed, tossing and turning and cursing my bad luck.  I would use that time not sleeping to agonize over everything you could possibly imagine agonizing over. My very own mini doomsday.  These days, however, I get out of bed and put myself to work.  No sense in stressing out over things out of my control and wasting productive writing time, right?

Monday was one of those nights/early mornings.  I woke up at 1:00 am and stayed awake, knocking out a handful of articles for one of my freelance gigs.  Somewhere around 6 I got the kids up, around 7 I took them to school, and at 8:00 am I was headed out the door to go to work (the gym.)  As I walked to the car, obligatory energy-drink-because-I-didn’t-sleep in hand, and Death Race hoodie on (because South Carolina’s 65 degrees is my new below freezing), I laughed at how my DR hoodies and caffeine seem to always go hand in hand.

I remembered how last year at the 2014 Death Race, about 48 hours into the event, a race participant (I was on race staff) begged me for a piece of paper.   The Death Race, for those unfamiliar, is a purposeful giant physical test and mind f*ck.  There is no official start, no official finish, no official rules, and everything is utterly UNfair.  On purpose.   In addition to the duties I was there for, it was also my job (and everyone else on staff) to make sure this race was NOT easy, in any way, shape, or form, for the participants.  To outsiders, it might seem cruel and sadistic.  But the rest of us knew that this was what these participants came for.  They didn’t show up for a comfortable, easy ride. 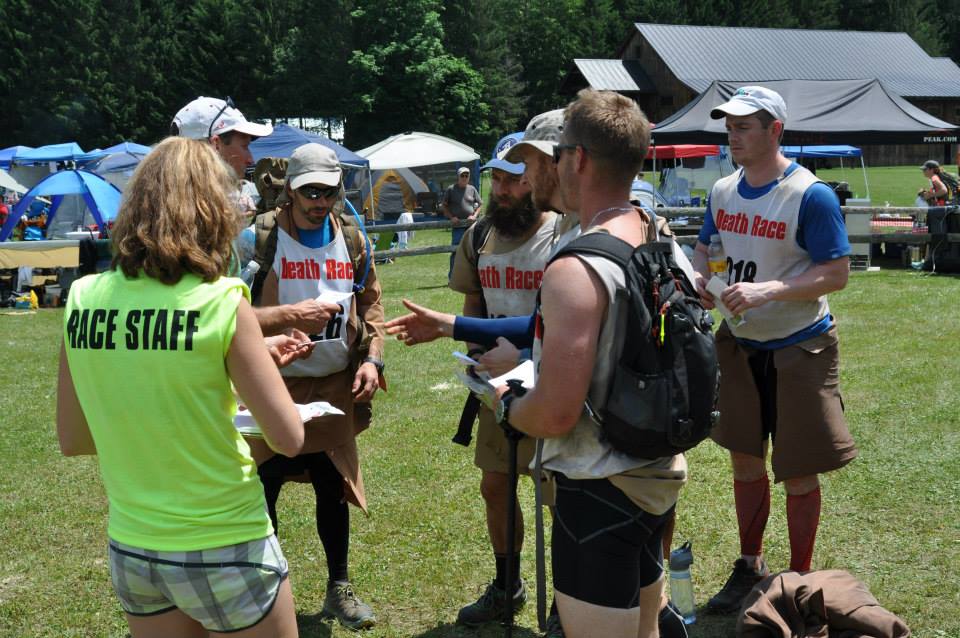 Now, this particular participant needed this piece of paper to write down some directions.  It was maybe 3 am, dark, and he had to hike about 15 miles to this unknown location. Keep in mind, we are all totally sleep deprived.   So I asked him what he had to offer me in trade.  He asked me what I wanted.   I jokingly said, “an energy drink”.  His eyes lit up and he turned and ran off.  Seconds later, he returned with an unopened Monster energy drink he had taken from his wife, and handed it to me.  I handed him a single sheet of paper.   A tiny part of me felt bad for his wife, but hey…it’s the Death Race. 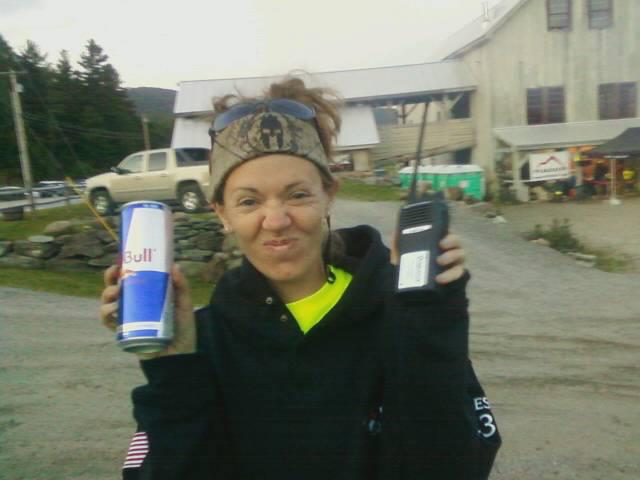 This was actually NOT said energy drink mentioned in the story above, but another one, two years prior on day #3 of the 2012 Death Race.  As I said, these hoodies and disgusting amounts of caffeine go hand in hand.

And maybe it was because I was sleep deprived (now, not during the summer of 2014), but that single memory brought on a flood of emotion.

I promised myself I wasn’t going to get emotional about this impending race (if you are new here, I’ve got a 24 hour/100 mile attempt this weekend).  After all, it’s JUST RUNNING.  I’m not about to cure cancer or solve world hunger. But the truth is, there have been a lot of incredible experiences, a lot of ridiculous bullshit, and most importantly, some pretty amazing people that have helped bring me to this place where I am right now.  And I want to talk about some of them.

It’s often hard to pinpoint exact pivotal moments that had a huge impact on the direction of your life.

For me, one of those moments was the time I sent an email inquiring if I could come and watch the 2012 Death Race.  I had just had my world turned upside down with a nasty breakup, a 1,000 mile relocation back to my parents house with a toddler and a preschooler, and damnit, I needed to get out of the house.   Three emails later, I found I would be doing more than spectating…I was appointed the race’s new volunteer coordinator, and I was thrown into a world I could have never imagined had I not seen it with my own eyes. 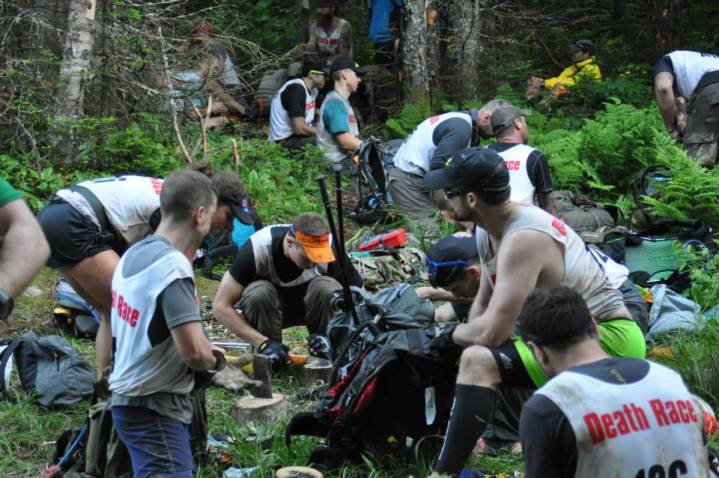 Still unsure of exactly how I wound up there, I was thrust into a community where ordinary people overcame incredible physical and mental barriers, the likes of which would seem ridiculous and even inhumane to the standard endurance crowd.   Sure, at this point I had been a runner for nearly 6 years, and was well immersed in the endurance culture.

But this? This was completely, 180 degrees different from the running world I knew and loved. 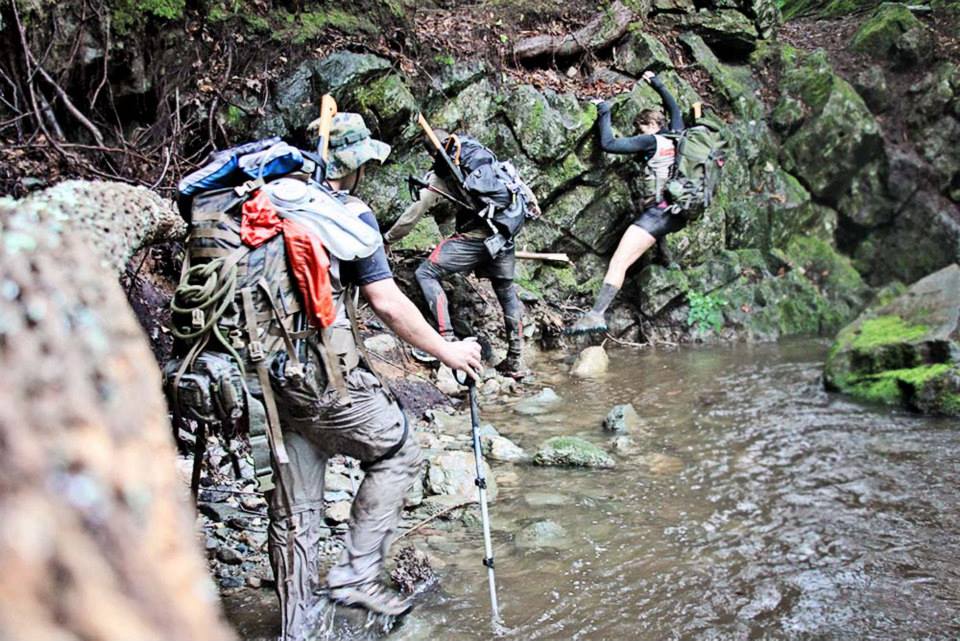 I witnessed “regular” (I use that term loosely) human beings complete extraordinary feats that you would expect out of world class, highly trained athletes…not the 40 year old mom or dad from down the street.  Truthfully, some of it was the kind of stuff you would expect out of completely insane individuals.  Ever watch someone do 100 cartwheels in a row after having rucked 50+ miles, not slept for 48 hours,  covered in mud, and physically torn down?  I have, and the cartwheels were the least of the chaos.

2012 was the “Year of Betrayal”.  We lied and confused participants, to no end, on purpose.  At one point, I stood in the woods shining a flashlight in sleep deprived participants faces, convincing them that they had cheated at some point during the race, and must go sit in a freezing duck pond for 45 minutes as punishment if they wanted to stay in the race.

I saw people completely fall apart, only to pick themselves back up and finish what they showed up to do.  I watched sleep deprived, physically exhausted, and mentally berated people absolutely and fiercely refuse to give up, even though their bodies were starting to shut down. 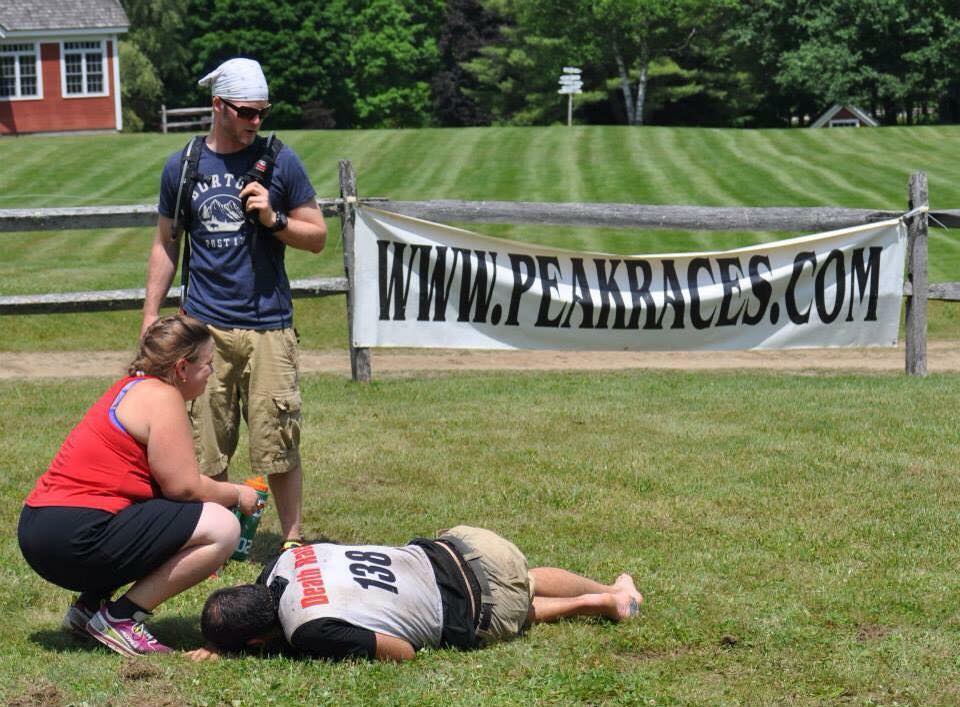 I learned that the human body, but more so, the human spirit, is capable of far more than you can ever begin to imagine.  And I saw with my own two eyes that this saying is far more than a cliché pinterest meme, it’s real life.

It’s hard to witness such things and not be affected by it.

So I became friends with these people  (racers, volunteers, and crew alike), I began to surround myself with these types of people, and I too began to believe that “impossible” simply isn’t a word found in my dictionary.  And it was so much more than just the Death Race.  These people regularly push their boundaries by climbing volcanos, cycling across the country, tackling all of the mountain peaks they can find, and running other insane races.   And why?  Because they CAN.  No monetary gain, no proverbial notches in their belts.  They do them because they are ALIVE and they CAN.

I began to see what it truly means to live, to strive for more,  in a completely different light than I ever have before.  And I began to push my own boundaries and preconceived limitations, pushing further not just physically, but more importantly, mentally.

Because of these people, I started doing things I never imagined myself doing.  From the Spartan Ultra Beast, to snowshoe racing, to my first 50 miler in the rugged Vermont mountains, to running faster, stronger, and longer, without fear or doubt.   This became my new normal. 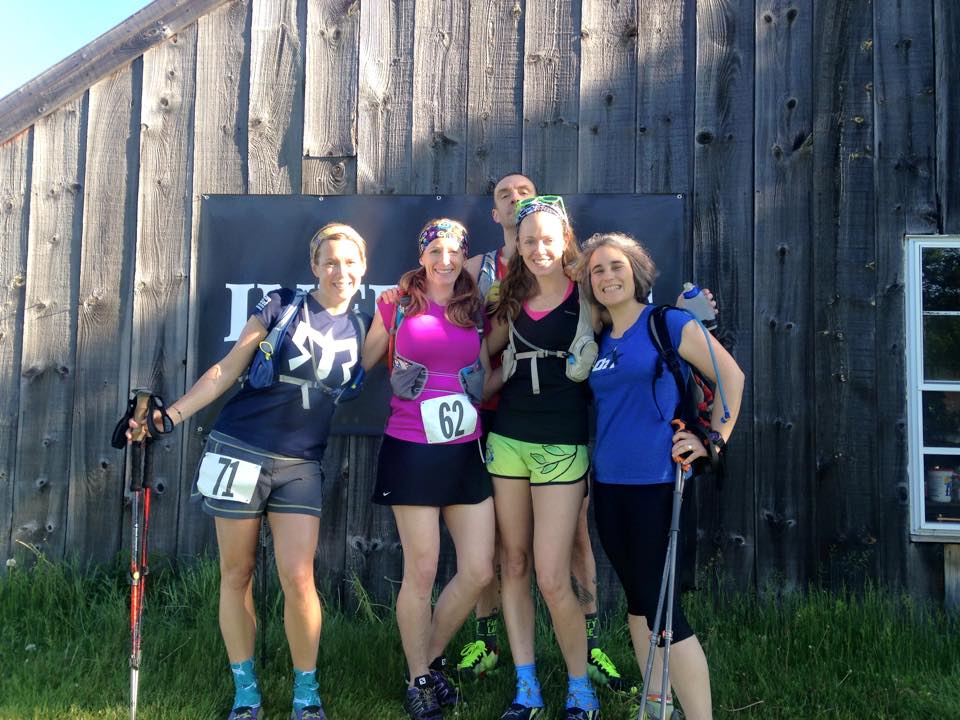 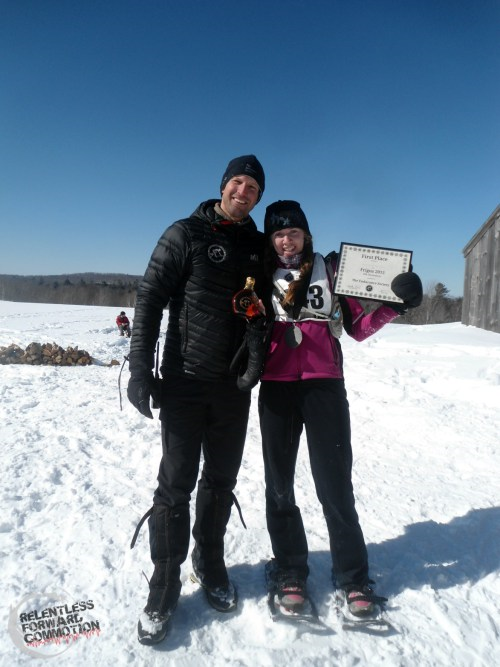 Last year the Death Race as I knew it changed, and things will never be the way they once were.  At least for some of us.  Things happened, people took sides, there were hurt feelings, and personally I’m no longer a part of the Death Race in the way that I once was.   I realize that’s sort of cryptic, but those of you who know what I’m talking about will understand.   All good things must come to an end.

But the point is this: yesterday, while wearing my hoodie and sipping on that can of chemicals and caffeine, it hit me like a ton of bricks (or a giant rock slab from the stairway on Joe’s mountain…).  And to be quite honest, it took me by surprise.   If I had to list people who have helped me get to where I am today, the list would be mighty long.  Full of family and friends, past and present, who have helped mold and shape me into who I am.

But if I had to tell you why I’m sitting here three days before my first 24 hour race and first true 100 mile attempt, not in the slightest bit intimidated or nervous (even though I certainly should be)?  It would be all of you, the people who came crashing into my life that day in June of 2012 in Pittsfield Vermont, and everyone that followed after that.

It’s because of all of you that I’ve learned our limits and boundaries should not be feared, but should be chased with reckless abandon, guts, and pure joy.