2013 marked the second annual Runner’s World Half Festival, held in the beautiful town of Bethlehem, Pennsylvania, a short drive from the Runner’s World Headquarters in Emmaus.   The races offered over the course of the weekend, held at the Steel Stacks in Bethlehem, include a kids race on Friday, a 5K, 10K, and dog run on Saturday, and a half marathon on Sunday.  In addition to the individual races, participants had the option to sign up for the “Five & Dime” challenge (running both the 5K &10K) or the “hat trick” challenge (the 5K, 10K, & half marathon).  I, of course, opted for the hat trick, because why run one race when you can run three, right? 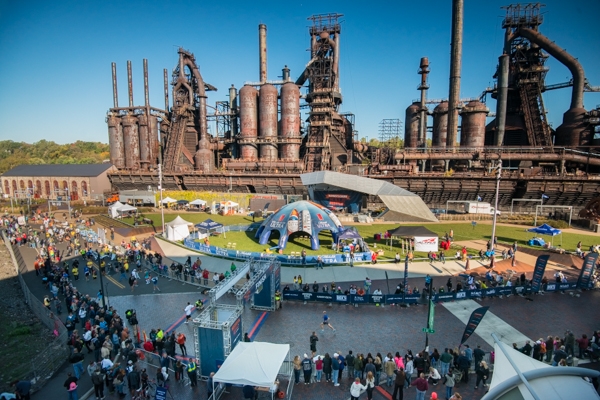 Saturday morning the alarm went off at 5:30 am, and I awoke to every runner’s pre-race nightmare: I was sick.  My head felt congested, my throat was sore, and my voice was shot.  Oh, and I was pissed.   There was no way I was going to skip these races, so my “plan of attack” was downgraded to “survival mode”.   I got dressed in my new skirt from Running Skirts and reveled in the fact that I could race in something so girly (and white!) and not fear destroying it in mud and barbed wire.  Then of course, I covered all of that in sweatpants and a hoodie, because it was about 45 degrees outside and I felt like crap.  Thank goodness the hotel lobby had complimentary hot tea.

I boarded the 6:15 am shuttle with the first group of bloggers, and we headed to the race. Though the 5K didn’t start until 8:00 am, I enjoyed having a time buffer so I could relax before the race, especially since I was feeling less than stellar.  Plus, the ArtsQuest building (location of the expo) was right at the start/finish line of the race, and was open that morning to runners (kudos, Runner’s World!).  So we hung out in the warm lobby and enjoyed visiting indoor, clean bathrooms before the race. In typical blogger fashion, we got a group pre-race photo before heading to bag check. 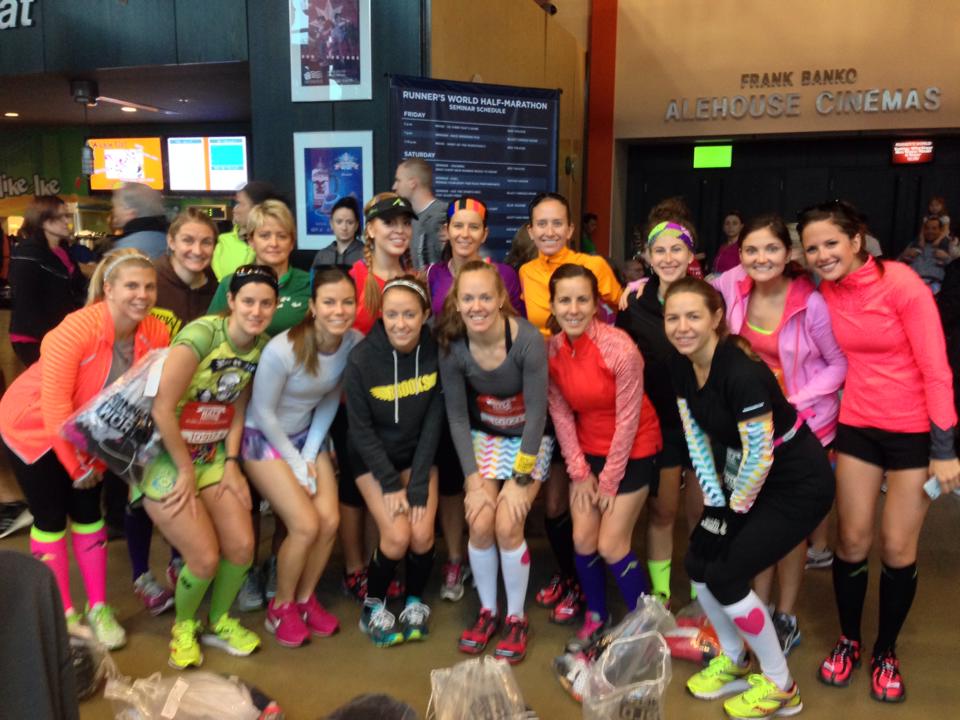 Pre – race with the blog crew

Bag check was close to the start line, and I completely forgot what it’s like to have a free bag check. I’m still not certain why obstacle course races insist on charging for bag check, but regardless, it was a nice change to not have to fork over a five dollar bill.

I hopped into the corral around the 7:00/mile pace area. I knew I wasn’t going to sustain that pace, especially the way I was feeling, but I knew my start would be around there, and I didn’t want to get jammed up in the crowd.   The National Anthem was sung, the gun went off, and the running began.  I started my GPS only to realize I hadn’t set the screen to show pace, just time and distance.  I figured this was probably for the best, there was no sense in pushing myself too hard based on what pace I thought I should be running.  Instead, I would just let my body do what ever it felt like doing (other than go back to the hotel room and take a nap).

Now, when I had driven into PA, I couldn’t get over how FLAT it seemed. I could see for miles off into the distance, nary a mountain in site (I’ve become such a Vermont girl…again.)  The day before I had joked around with Bart Yasso about the lack of hills, which he mentioned to David Willey, and both gave me the “haha, you just wait and see, sucker” look.  And they were right, of course.  (Seriously, like I should second guess the people of Runner’s World who run these streets daily?  Pshh.)  Pennsylvania, you see, hides their hills well.  But you sure noticed them after the fifth or sixth climb in just a few miles of a 5K.

I wish I had a play by play recap for you of the 5K, but I don’t.   As planned, I just bit the bullet and ran.  Struggled through the uphills, took advantage of the downhills, and tried to maintain what felt like a comfortable, yet still fast, pace on the flats.  22:58 (7:22/mi average) was my finishing time, far from a PR, but not bad considering how I felt.

The 10K start was at 9:30.  That gave me about an hour to relax, which as you can imagine, is a mixed blessing.  Our group of bloggers headed into the Steel Stacks visitor center to hang out, use the restrooms, and warm up (this building, as well as the Arts Quest building, was open to all runners and spectators).   Since we were indoors, I didn’t bother grabbing anything from bag check for the interim, but I did notice a few other people had (good info to know if you wanted to pack a snack for between races, etc).  I tried to stomach half a banana and some water, but my body was pretty angry.

Eventually we were back in the corrals again.  In all of my running career, I’ve never run back to back races like this.  One mile into the 10K, and my legs were already protesting.  They felt heavy from the previous 5K, and no doubt the hour of sitting in betwen races.  But again, the method to my madness this morning was to simply hang on, so that is what I did.   The 10K course followed much of the 5K course, but not to a tee, which was really nice.  We saw a lot of the beautiful downtown areas of Bethlehem.  The town dates back to the mid 1700’s, and had a quaint, colonial feel.   So again, no mile splits or play by play of this race, as my head was still in a fog (I promise the half marathon recap is much more entertaining).  52:05 (8:23/mile avg) finishing time. Again, not a PR, but it would have to do . 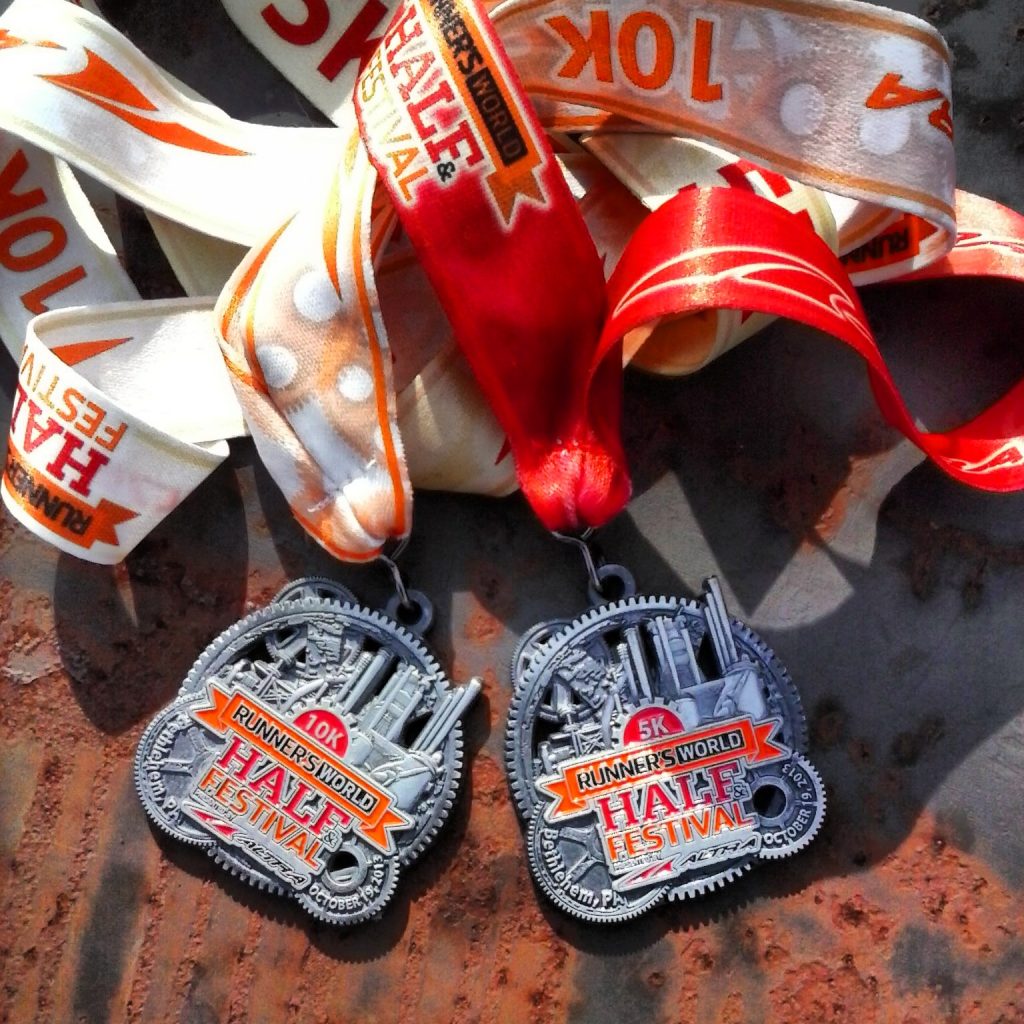 I love these medals…they feature the Steel Stacks that represent the city.

For the sake of a race recap and review, however, I will tell you that I thoroughly enjoyed this race.  Both the start and the finish lines were near each other, and there was a TON of spectator and crowd support. In fact, I don’t think I’ve ever seen as many people line the streets for a 5K before as I did in this race.  Both races finished with a good 2/10ths of a mile chute through the finish area that had an incredible atmosphere: loud music, great announcer, and plenty of people cheering. The medals, as seen above, were very unique.  I honestly have zero complaints about the race itself, and despite feeling under the weather, really enjoyed the experience. 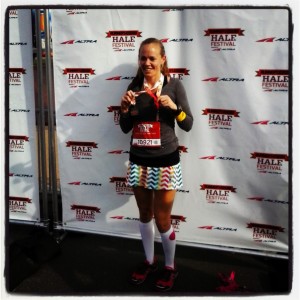 After the race, I headed back to the hotel and spent most of the day relaxing and recovering.  Around 4:00, we were shuttled back to the Arts Quest building for a dinner with the editors.  Pasta, veggies, the works.  I’m not one to typically take pictures of my food before I eat it , but for the sake of blogging, here are some cupcakes: 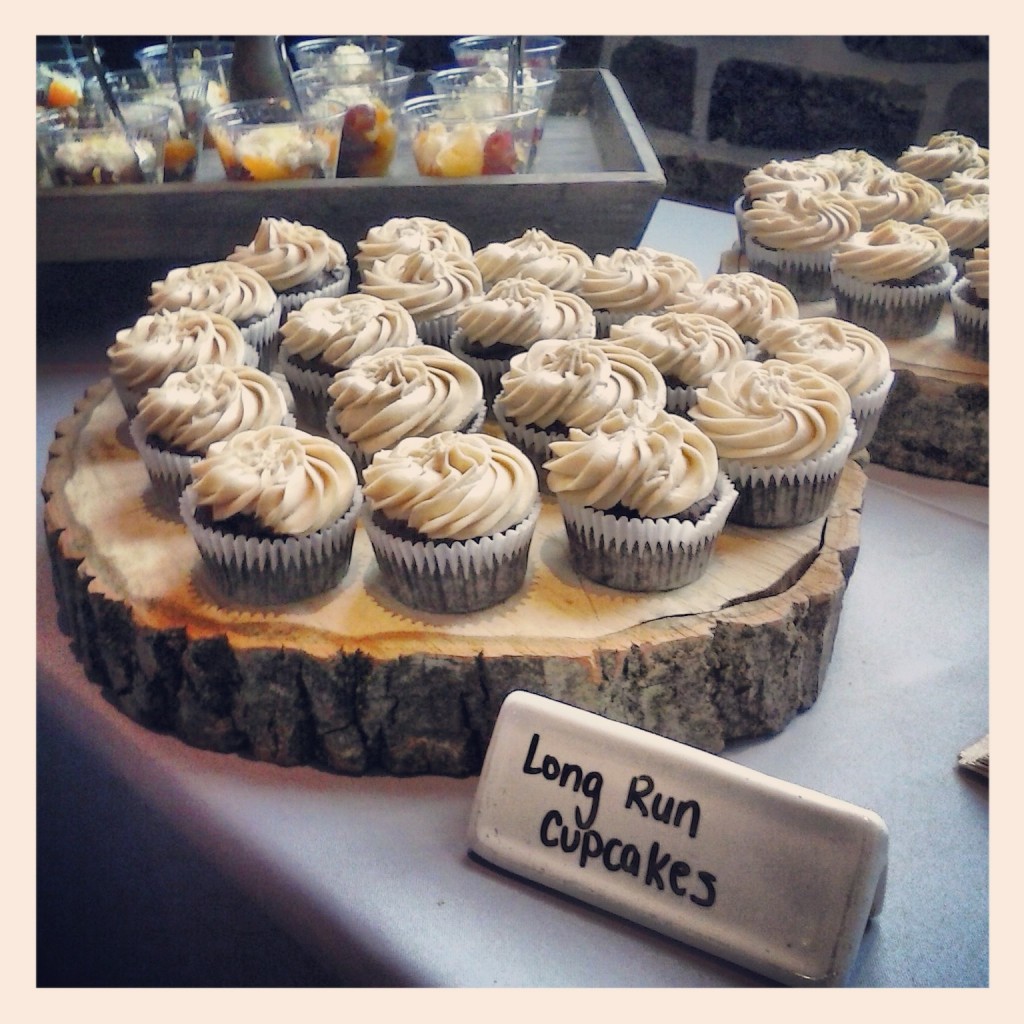 They are made with peanut butter, so sadly I didn’t eat any (which is exactly why I had the time to take a picture instead.)

Our last event of the day before heading back to the hotel for the evening was to attend the keynote speech by Dave McGillivray.  Dave, in addition to being an amazing athlete, motivational speaker, and author, is the race director for the Boston Marathon.  Between his humor, heart warming stories, and motivational words, I was nearly moved to tears the entire time.  Like one giant Hallmark commercial, but for runners.  Needless to say, I’ve added Dave’s book, “The Last Pick” to my reading wish list. 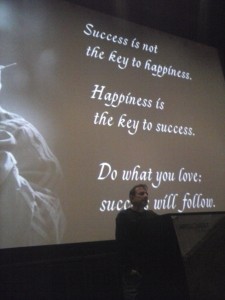 Satisfyingly full, both physically and emotionally, it was time to head back to the hotel for the night…for tomorrow, 13.1 (more) miles were calling my name.

Disclaimer: Runner’s World paid for me to attend this event.  However, all opinions expressed are my own.