To summarize the Little River Blue Crab Festival 5K in one word: HOT.  It was really, really hot.

The night before the race proved to have little to no sleep. A bit of a “sister” emergency, that I was MORE than happy to be able to be there for/help out with, so I’m not complaining, just saying: I didn’t sleep last night. I had a bad feeling about this race from the start. 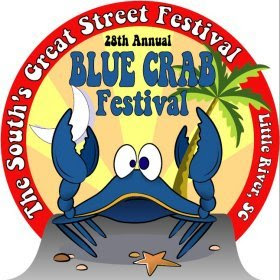 Jan (mother in law) , Hope (sister in law) , the boys (Kain and Rowen) and I left our neighborhood a little after 6:00 a.m. After a brief stop at Dunkin Donuts for a coffee for Jan and a post-race Mountain Dew for me (I had an inkling I’d be craving one, haha) we arrived in Little River around 7:00. The only thing that gives me anxiety more than standing around waiting for the race to start is the anxiety of NOT making it there on time. So we were about an hour early. We picked up our packets, shirts, and numbers and walked around with the boys to kill time. Rowen, being a typical two and a half year old boy, was fascinated with the boats! 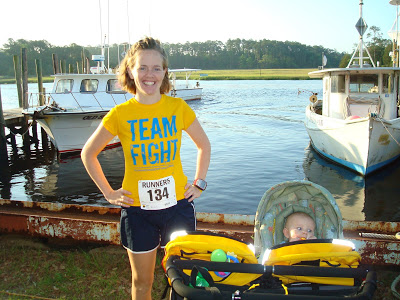 At about 7:45, I decided to do maybe a 200 yard jog/warm up. It sucked. I knew I was in for it, haha. I haven’t been running lately, I’ll spare you the excuses. A few minutes before 8:00, Hope and I lined up with the crowd. I was an anxious mess, I couldn’t stand still. Typical pre-5k for me. I never get like this before big races, I have no idea why I do in local races. The competition , perhaps? Well, there were problems with the timing mats at the finish, so they kept us waiting. Maybe only 5 minutes, but it felt like 45 ! Finally, the gun went off, and everyone took off.

It was a small field this year for the Little River Blue Crab Festival 5k (couldn’t’ have been more than 150 racers) so I positioned myself pretty close to the front.

So, the first 200 yards , if not more, were downhill (yes, believe it or not, they have inclines in Little River! Amazing!) I tried not to get caught up in the crowd, but as always my excitement took over. As we rounded the corner at around 1/4 mile I looked down at my Garmin: 6:45/ mile. ACK! SLOW DOWN HEATHER! This was a disaster waiting to happen (and I was right). I tried to slow down, but it took a good 1/2 mile to get my pace in the high 7’s low 8’s.

A little past the one mile mark, I hit the wall. hard. At one mile, isn’t that ridiculous? Might I mention, to give myself a *little* credit, the temperature was already in the 80’s, with pounding sun and 90% humidity. It was hot, and my head hurt. And I’m just plain out of shape. I stopped for a second to walk, when this older gentleman (maybe 50’s?) came running up behind me. He said “Hey, ‘in training’ (that’s what the back of my Ulman Cancer Fund shirt says) you can do this! come on run with me”. And so I did. I immediately spewed off my “excuses” for why I stopped, but I’m sure he didn’t care. He just told me I could do this, and I believed him. We trucked a long at a 8:30 ish pace. Having someone next to me was a lifesaver. Later I found out his name was Rick, and he is the organizer of the North Myrtle Beach Running Group. Rick let me know when there were hills approaching, and even told me at the first big-ish one (remember, we don’t have real hills here, just inclines, haha) that I should make this race my “bitch”. haha I loved it.

I ran with Rick until about the 2.25 mile mark, and then I felt like I was going to vomit. I drank water all day yesterday and STILL felt dehydrated today. My head was pounding and I had to walk. I ran walked the last .75 of a mile. I was dizzy and I had given up. I felt defeated.

I crossed the finish line at 26:30. Not bad by any means, but I am not happy with it…mainly because I had to stop and walk. 3 freaking miles and I couldn’t run without stopping. Ah well. 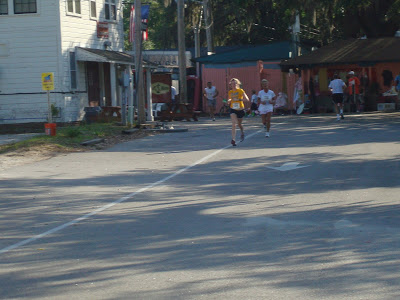 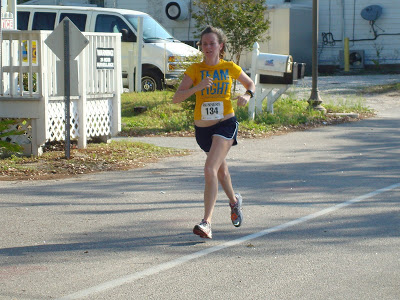 As much as I was displeased with my time, I still managed to come in 3rd place in my age group and receive a medal. You know me, I LOVE the hardware!! Hope also had a bad run (according to her) but came in at 25:(something) and placed first in her age group, 15-19. So, overall, I’m glad I went. I mean, a bad day at running is better than a good day at work…or something like that, right? 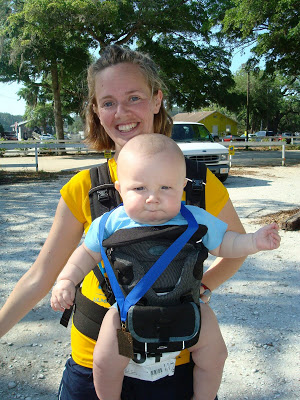 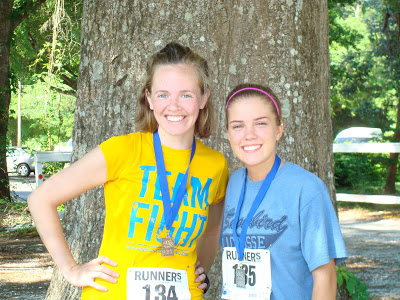 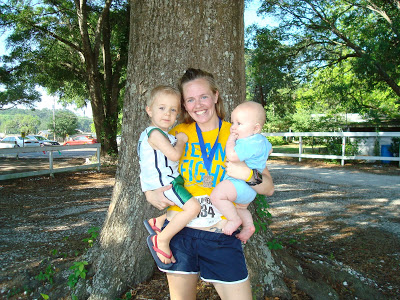 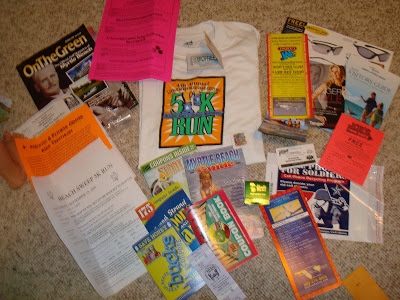 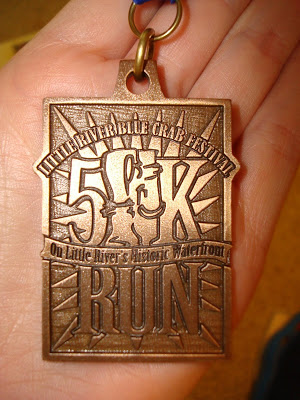