I stood in the only shaded spot in the entire parking lot, leaning on a wooden piling, trying to catch my breath in the heat and process what the hell just happened.  It wasn’t rocket science or quantum physics that I was trying to process, really all that had happened was (not so) long run #2 of the week.  But the previous night we tackled 18 miles, and the next morning, just a few hours later (or so it seemed), we ran 7 technical trail miles in the brutal South Carolina summer sun on incredibly fatigued legs.   So “what just happened” was that we got our asses kicked.

As I stood there in a mental fog,  feeling more frustrated and defeated by a run than I have in a long time, I glanced over to my right to see Geoff doing the exact same thing.

I nodded in agreement, and laughed, so incredibly thankful that he was literally by my side for this suffer-fest.

And I was thankful the previous night when he was by my side as we ran away the afternoon, early evening, and through the last few minutes of daylight.  I was thankful that he was there with me in the grocery store an hour later, disgustingly sweaty and garnering confused looks as we limped through the store aisles shouting things to each other like “I CAN TOTALLY EAT THESE CHIPS AND QUESO, I JUST RAN 18 MILES!”  I’m thankful that he doesn’t judge the fact that I am sweaty and smell awful more often than not,  create more laundry than a grown woman should, and leave a wake of various pairs of sneakers behind me every time I come home .

And I realized that most of all I was thankful that he is not only a runner, but is willingly (I think) down for this ridiculous training program I’ve roped us into.

Because if he wasn’t…I’d never see him.

Only 6 weeks into our 100 mile training plan, I find myself wondering how relationships survive between ultra runners and their non running significant others.  I thought marathon training was bad, but it pales in comparison to what we are diving into.  As it is, I feel like I’m dedicating ALL of my free time to training, and truthfully we are barely just getting started.

But relationship troubles and endurance athletics is certainly not a new topic.  Google “Ironman and divorce” and see how many articles pop up; even the Wall Street Journal covered the topic.   As I near the 9 year mark in the endurance community, I don’t even have enough fingers on both hands to count the number of running/triathlon friends I have that have split up with their significant others soon after finding a love and passion in their new sport.  While my own split from the father of my children years ago can be chalked up to a number of serious issues, I’d be lying through my teeth if I didn’t admit that my then new found love (or, let’s face, obsession) for running wasn’t a contributing factor.

Because let’s face it: endurance sports are selfish.  Selfish doesn’t always mean bad, or wrong…I’ll be the first to hop up on the soapbox and tell you exactly WHY we sometimes need to be selfish, especially when the outcome is a healthier, happier you.  But extreme endurance events? Selfish.

They are, and I’ll be the first to admit it.  We sacrifice early mornings, late nights, and multiple hours, days, and weeks of our lives to training.  Then there is the financial side of it:  gear, race entry fees, travel & lodging to race, nutrition, the list goes on and on.  And all of it for what…a finishers medal? Bragging rights?

Now, don’t get me wrong.  You (assuming you are a runner like me) and I know there is so, so very much more to it than simply a finishers medal and bragging rights.    For me, running has changed my life.  In more ways than I can count.  Running changed my life and continues to improve and enrich my life, every single mile and every single day.    It has made me stronger, physically and mentally, but mostly mentally.  It helped me evolve from a shy, self conscious girl to a fierce and outspoken woman.  It brings joy into my life. It keep my emotions, anxiety, and depression in check.  It has given me so many amazing friends, some of which I consider family.   Hell, it brought me this very blog and all of the opportunities that have come with it.

But there is also the elusive side of running, the side that I truly can’t put into words.   The part where I am chasing something unknown…or perhaps running away from it.  I don’t know.  Truth be told, I’ve stopped trying to figure it out…I just keep moving forward.  But the drive, whatever that drive is, burns deep within me.  It is relentless, and it fuels the selfishness that causes me to want to spend all of my free time running, training for something as ridiculous as running for 24 hours non stop.  For a belt buckle.  For bragging rights.  For something so much more…

I’m not sure I truly have a point to this rambling blog post, other than to say I’m so incredibly thankful that I’ve found a partner that doesn’t need me to explain this insane, relentless, insatiable desire to attempt such a ridiculous feat.  Because I’m not sure that I could explain it even if I tried.

And I’m even more thankful that he not only understands, but simultaneously follows behind or leads the way…depending on whose legs are feeling stronger that day.

So, here’s to all of the supportive partners out there, the ones who tag along one step ahead or one step behind, the ones who never question and ring the cowbell loudly, and the ones who simply can’t understand, but are there to hand you an early morning or late night post run recovery drink regardless. 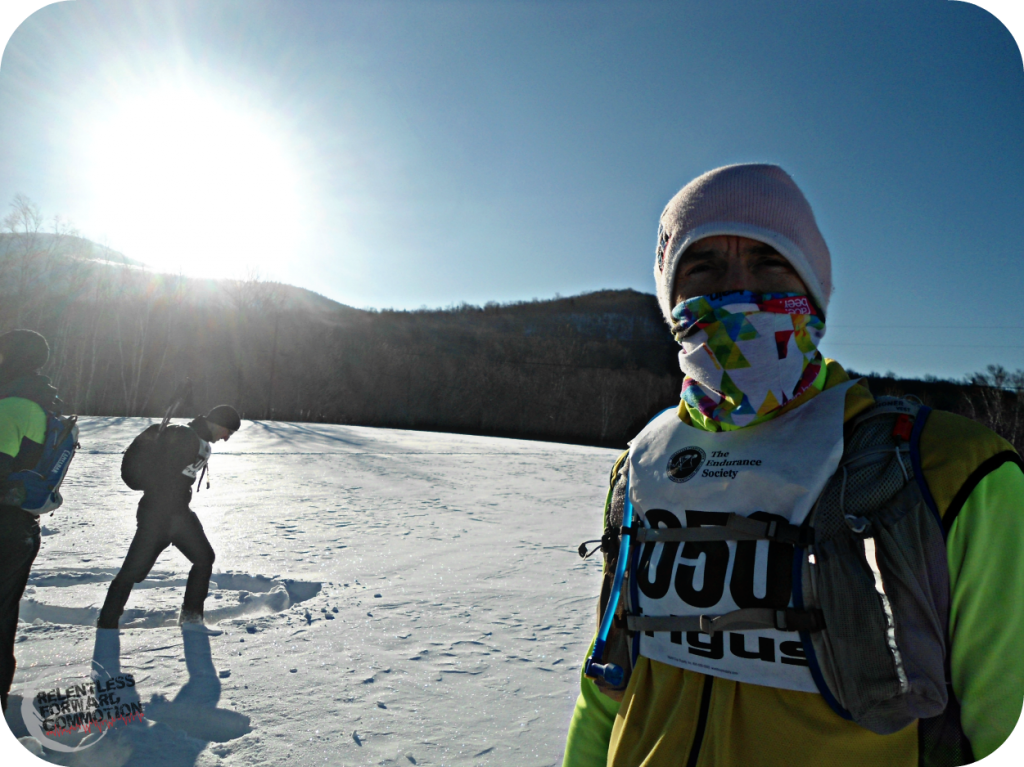