It’s crazy for me to realize that I’ve considered myself a runner for nearly one third of my entire life now.  Me, the girl who would complain with the rest of the team when our high school coach made us run *gasp* one whole mile during pre-season.  Me, the girl who used to whine relentlessly at my track coach and remind him “I’m a sprinter, I don’t NEED to do a mile for time”.  Now, I’ve spent over a decade not only running ridiculous distances for fun, but nearly my entire world revolves around running and the running industry.  While I’m no where near an elite, that decade (plus) of running has certainly left me with plenty of experience and lessons learned.    The most difficult aspect of distance running for me to navigate has been, hands down, my nutrition.

I struggled for years before I finally learned that my body does better with solids vs. artificial gels, and does better with smaller doses of calories spread over time, rather than 150 calories at once.  But once I finally got the nutrition piece of my running puzzle into place, it made a world of difference in my training and racing.     Now that I’ve entered the world of running really ridiculously long races, also known as “ultra running”, I’ve found that I lean towards non traditional nutrition sources even more.  If nothing else, there comes a point when you are running 50 or more miles where your body starts to crave really odd foods, and it’s nice to have options on hand.

That’s why I was excited to review Fuel100 Electro-Bites. 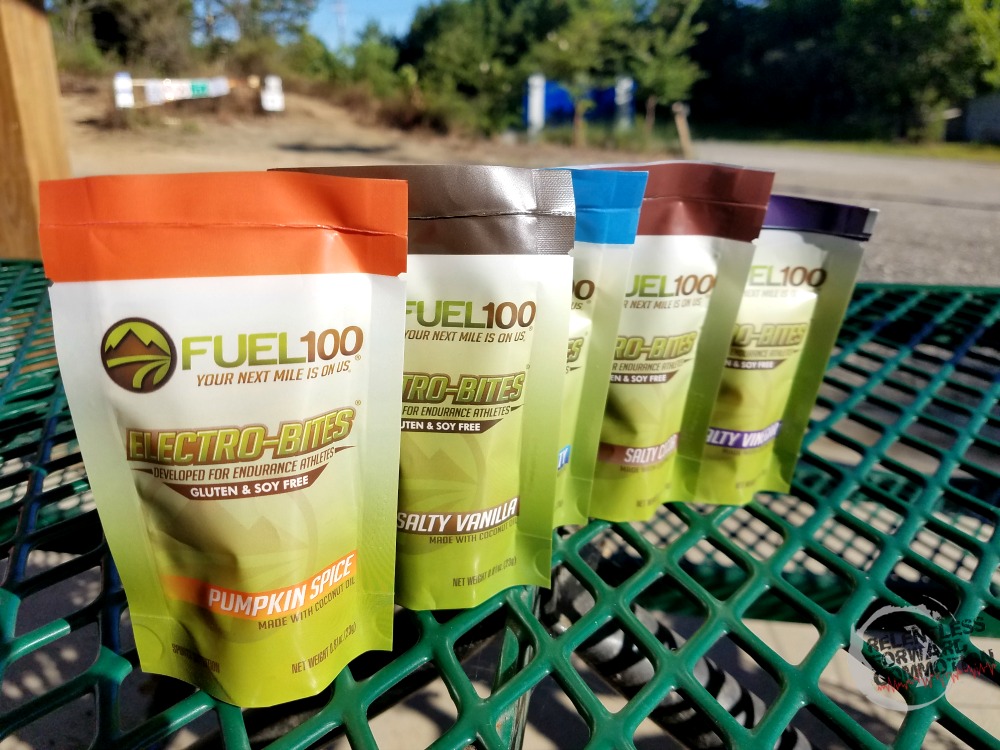 Electro-Bites are designed specifically for endurance athletes to help extend training and improve race performance. Designed as an alternative to the sweet and sticky products currently on the market each 100 calorie pack contains bite sized snacks that are slightly salty in taste.  In addition to calorie replacement each serving contains 190mg Sodium, 55mg Potassium and 46mg Magnesium, which lessens (if not completely removes, depending on your sweat levels) the need for an electrolyte supplement. .

I was sent a variety pack of Electro-Bites to test out, and immediately shared with friends.  The consensus of the bites was pretty unanimous.  Here’s what we came up with:

– Electro-Bites look like cat food but taste similar to graham crackers. They almost immediately dissolve in your mouth, making them easy to eat while on the run. 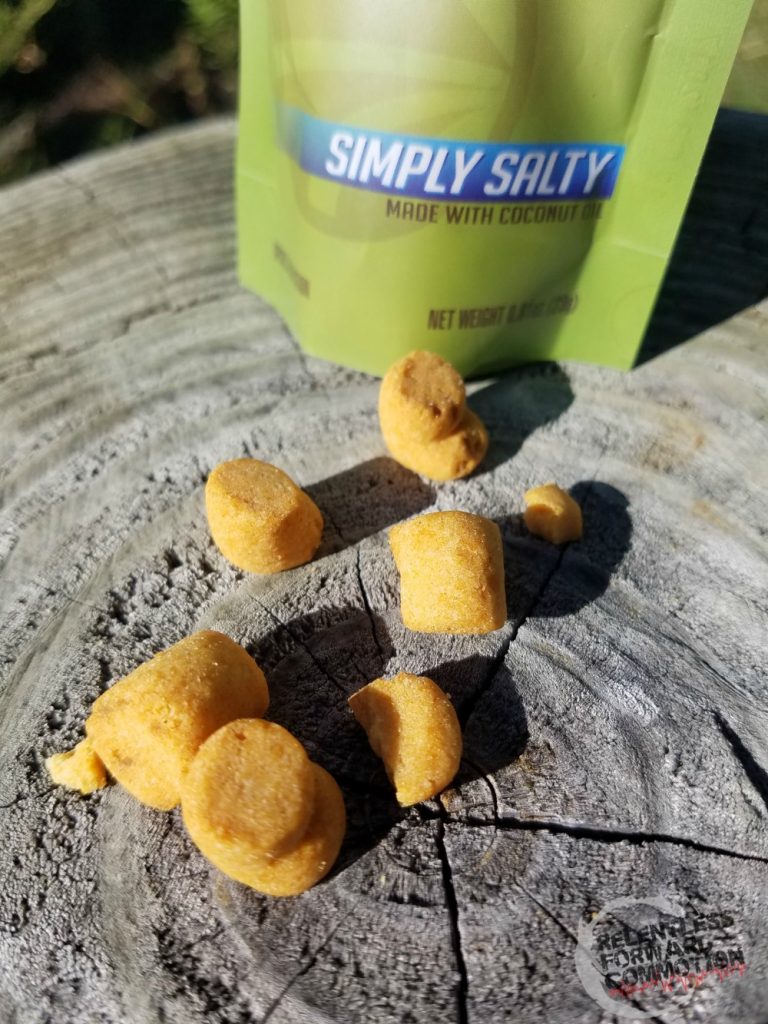 – Electro-Bites are pretty tasty.  Imagine a graham cracker with an added dose of salt and maybe a little flavor.  Every flavor we tried was enjoyable, though they all definitely needed to be washed down with water, as they left your mouth feeling a little dry (similar to that of, again, a graham cracker).

-Electro-Bites are easy to carry.  A one serving packet is not much bigger than a gel packet, however, unlike a gel packet you can eat just a few of them and put the opened packet back into your hydration pouch, jersey pocket, or waist belt, and not worry about making a huge, sticky mess.  One friend even suggested mixing many flavors into a small Ziploc bag to carry on longer distance runs for a variety of flavors.  Kind of like trail mix, but entirely made of Electro-Bites. 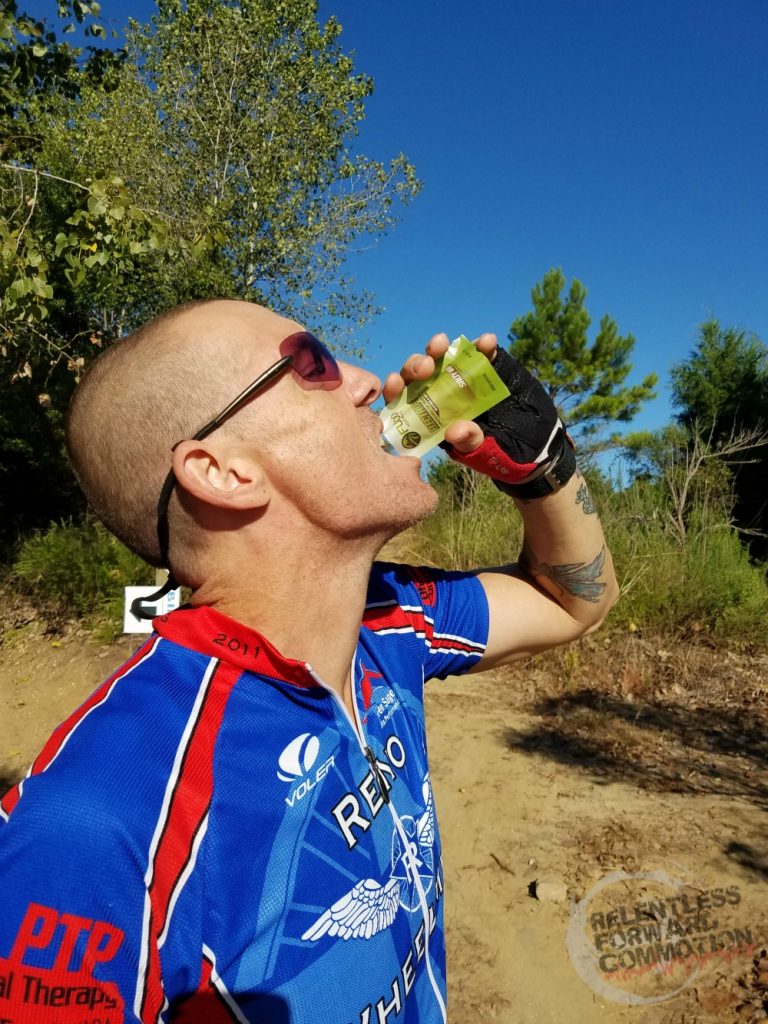 -Electro-Bites are a great “food” alternative.  As mentioned above, there are times during longer runs where I want absolutely NOTHING to do with sweet gels, chews, or beans, and instead crave chips, crackers, or even pizza.   Except chips, crackers, and pizza are not the easiest thing in the world to carry, and take a little bit more digestive effort.  Electro-Bites give you the satisfaction of eating “real food”, but they are easy to carry, eat, and digest. 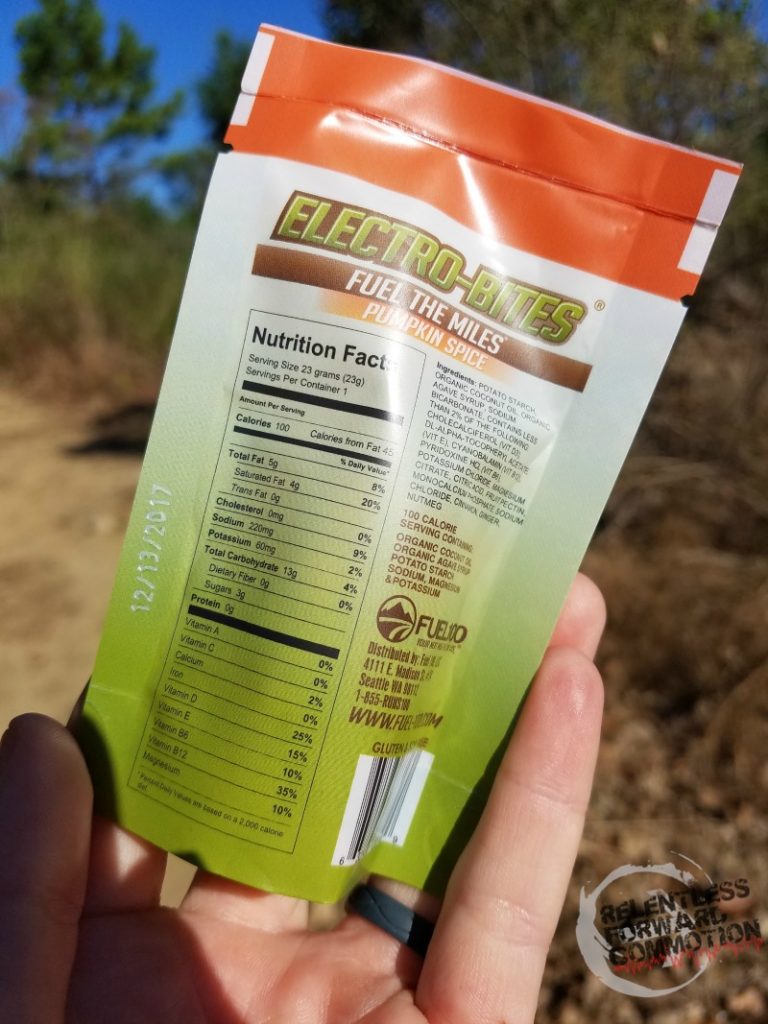 At nearly $2.00 a pouch, they are a little pricey for 100 calories worth of food; potato chips are indeed much cheaper.  However, with the Electro-Bites you know exactly what you are getting calorie and electrolyte wise.  Plus, Fuel100 uses all natural ingredients in their Electro-Bites, such as organic coconut oil and agave syrup.  A classic case of “you get what you pay for”.

Added bonus? They are vegan.

This review is short and sweet, just like Electro-Bites.  There isn’t much to say other than the creators of Electro-Bites have definitely found a much needed niche in the endurance fuel world: simple, real food alternatives to the sticky, sweet standard options.   I’ll definitely be shoving some into my hydration pack during my next long run, and would 100% recommend Electro-Bites to anyone.  That’s a lot coming from me, as I’m incredibly picky when it comes to food.  Just ask my husband, he says I have the palette of an old lady.

To learn more about Electro-Bites, or to order up a sample pack of your own to try, visit their website at https://electro-bites.com/

*Disclaimer: The sample pack of Electro-Bites was provided to me at no cost in exchange for a review.  All opinions stated are my own.