A few weeks ago one of my friends posted a link to the Trail Running Film Fest, a festival presented by Rainshadow Running that traveled the country screening – you guessed it – films about trail running.  The 2015 East Coast tour was hitting Hartford CT, about a 1.5 hour drive from my home here in Vermont, on my one day off of the week, just 48 hours after my birthday.  It was meant to be, and I wanted to go.   Geoff, who is anti movie theater for some reason unbeknownst to me, didn’t want to go, but thankfully two of my equally as obsessed with running friends, Jason and Rob, did want to go.   So the three of us piled into Jason’s car and headed South to Hartford. 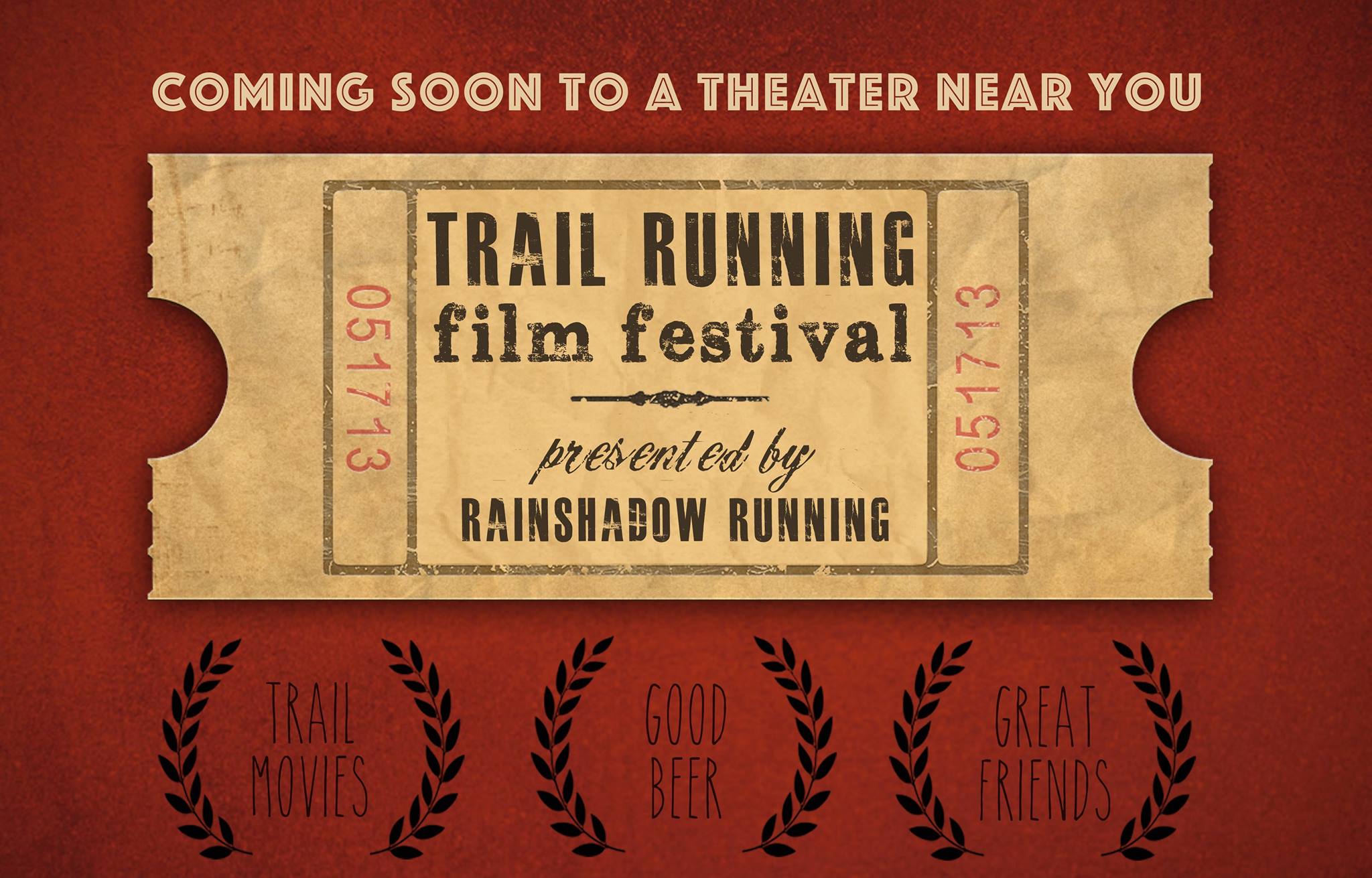 Leaving early enough to beat the traffic that we never encountered meant we arrived with PLENTY of time to kill.  Conveniently just across from the Spotlight Theatres in Hartford was the Arch Street Tavern .   The three of us enjoyed some beer (Long Trail IPA for me) while we talked about everything from GPS technology, to hashing, to the one time Jason was stalked by a mountain lion while on an overnight run (A true story.  Watch out Western MA/Southern VT.)   Eventually 5:30 rolled around, and we headed back to the theater for the 6:00 p.m.  start. 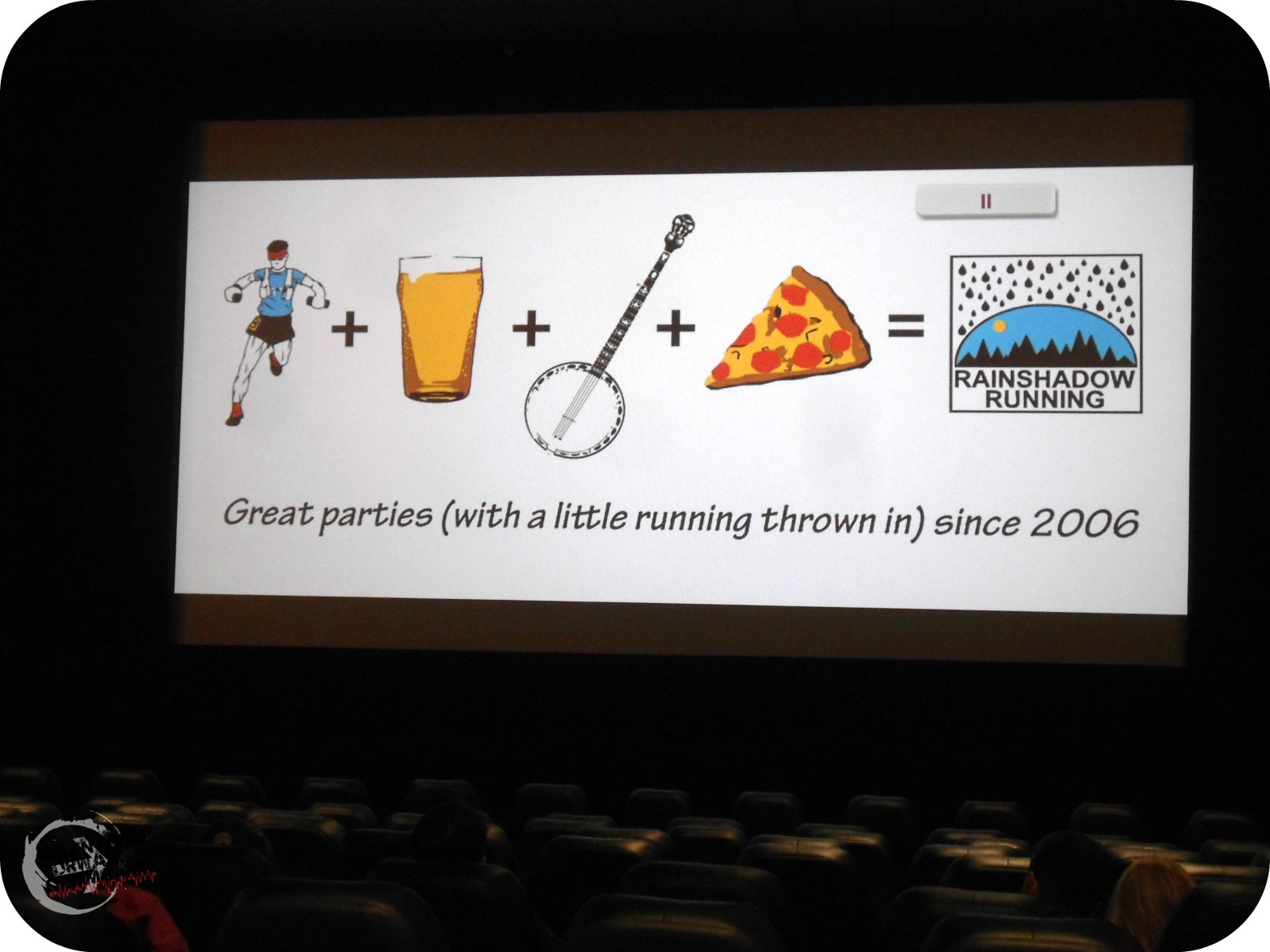 We checked in at a table in the lobby where we were greeted by some of the people behind Rainshadow Running, a company that puts on destination trail races in the Northwest.  They claim the race is the side event, instead they are “great parties (with a little running thrown in) since 2006”.  But I saw some footage of those races, and I beg to differ: the races look FANTASTIC.  But now I’m getting ahead of myself.  We were given stickers and a few fliers, and raffle tickets for a few giveaways, and we headed to our seats. 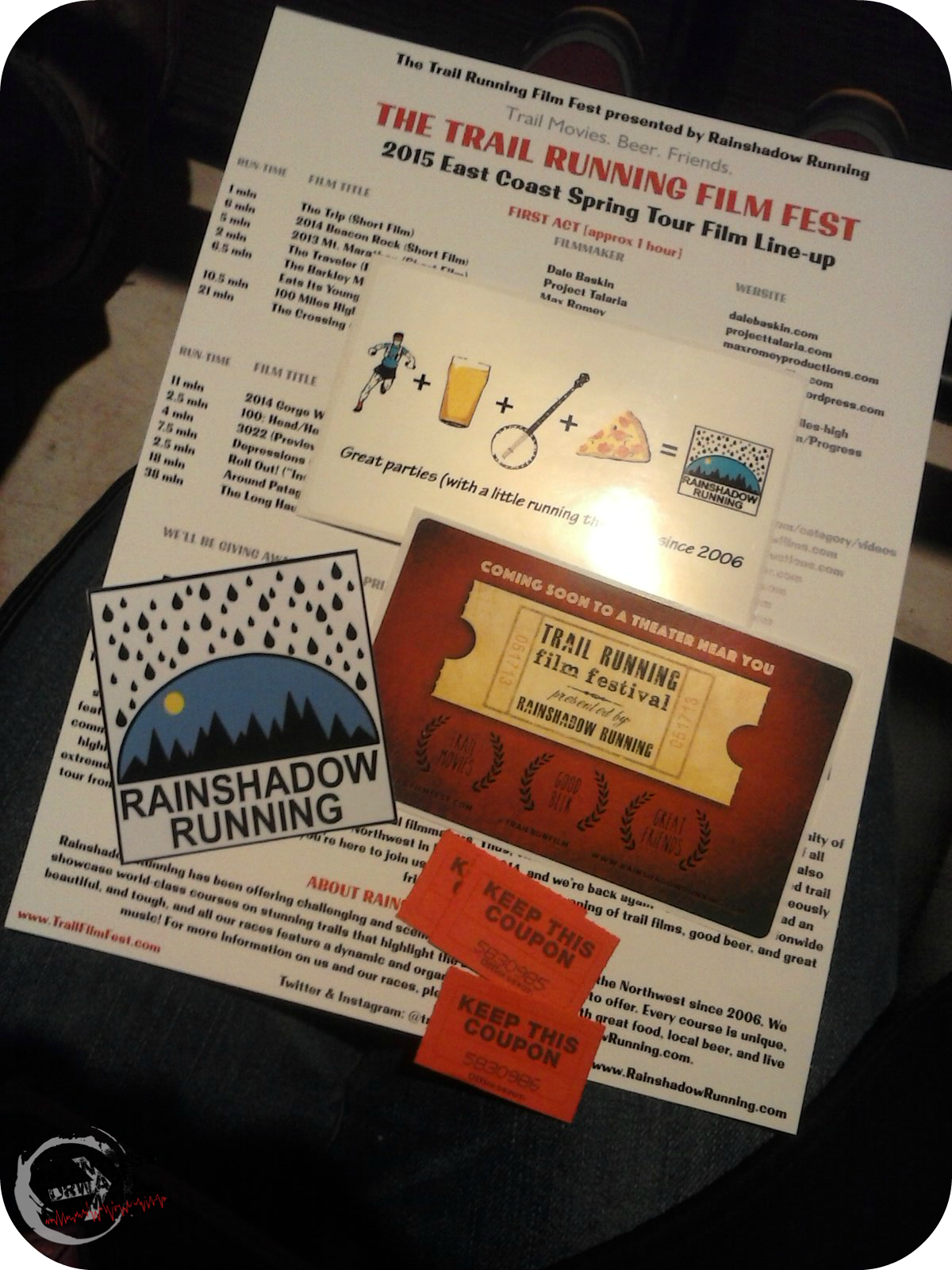 Act one lasted one hour and consisted of  7 short films and previews of longer films.  Now, it’s a damn good thing Geoff DIDN’T go to this film festival.  He’s pretty obsessed with moving us to the West Coast, and most of the footage of some of these amazing races took place out West.  I’m pretty sure he would have been packing our bags the second we got home.   I love New England as much as the next, but those mountains out West…breathtaking. 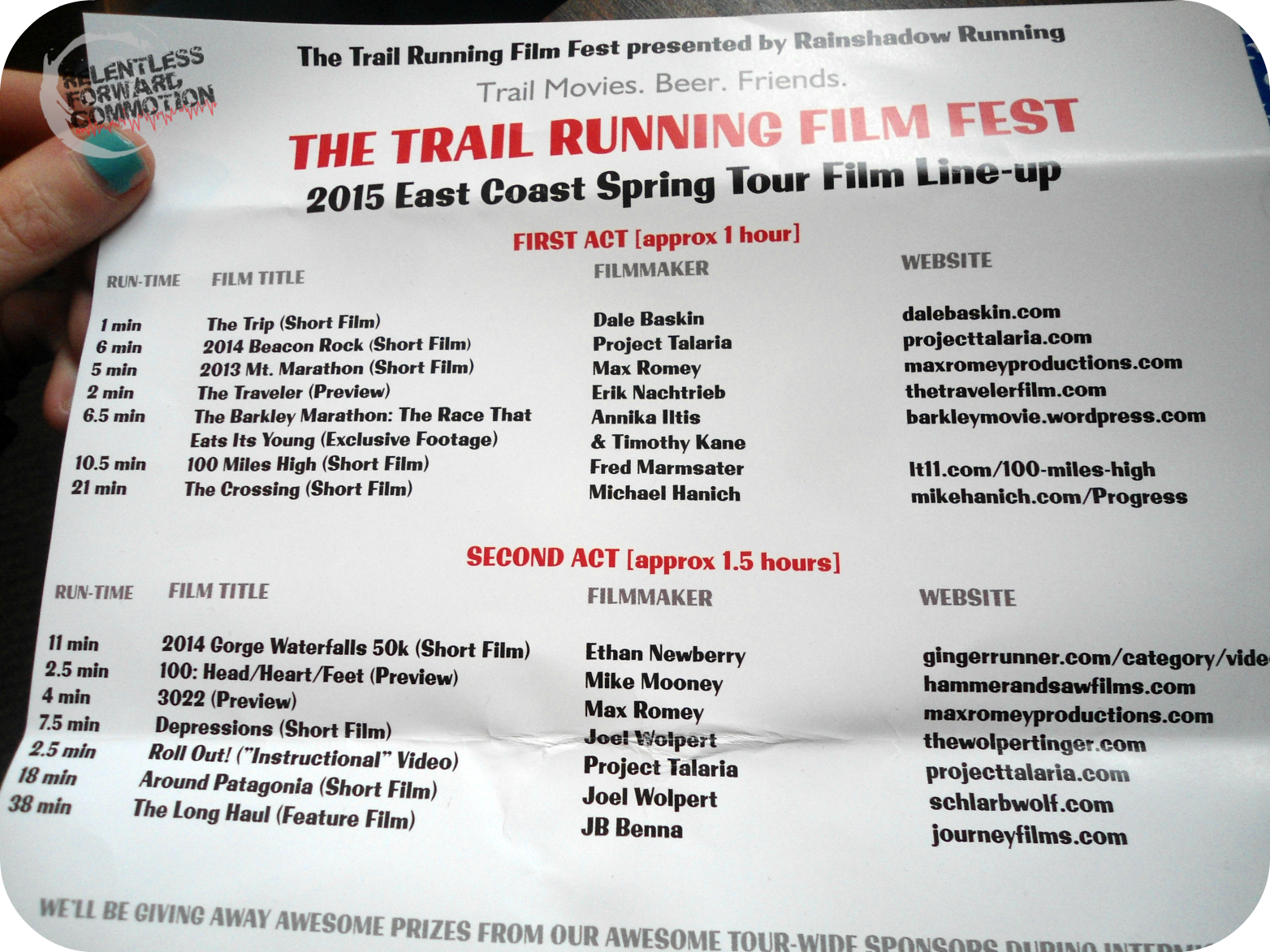 The race that immediately caught my eye and made it’s way to my bucket list was the third film of the evening, about the Mt.  Marathon race in Seward Alaska.  Picture this:  a 5K (3.1 miles) that climbs from sea level to 3022 feet and then back down again.  In other words, you run 3022 feet UP in a mile and a half, and then descend the same in the second half.  According to Wikipedia “Average speed uphill is 2 mph. Average speed downhill is 12 mph. It is not uncommon for the racers who finish to cross the finish line injured or bleeding and covered in mud.”   It looks so absolutely painful and ridiculous, that I MUST do this race.   This was the first of two films shown about the race last night (it’s just under 5 minutes long, but if you have the time, watch the whole thing.   Trust me. )

Another race, which I suppose has always been on my racing bucket list though I’ve probably never publicly declared it (because I am just a peon in the trail running world and this is likely one of THE most difficult races out there) is the Barkley Marathons.   If you’ve never heard of the Barkley, it’s definitely worth taking a few minutes of your time to study.   Except, there is no website for me to direct you to.  The Barkley Marathons is a 120 mile race that takes place in Tennessee.  The race date and time are undisclosed.  The application process is a secret, and registration costs $1.60 (that’s one dollar and sixty cents).  According to Lazarus, the race director who starts the race every year by lighting his cigarette, if you can’t figure out how to sign up, you don’t belong in the race anyway.  The trail is not marked, and you must prove you’ve been to certain check points by brining back specific pages from books hidden in the woods.  In 25 years, only 10 people have finished the race.  This video gives a tiny preview of what The Barkley Marathons is all about.  If nothing else, fast forward to 5:40 for some Lazarus sadistic humor.

A few more films showed epic feats such as the Hardrock 100, and a run crossing the Baja peninsula in Mexico. There was intermission where Jason won the very first raffle prize… 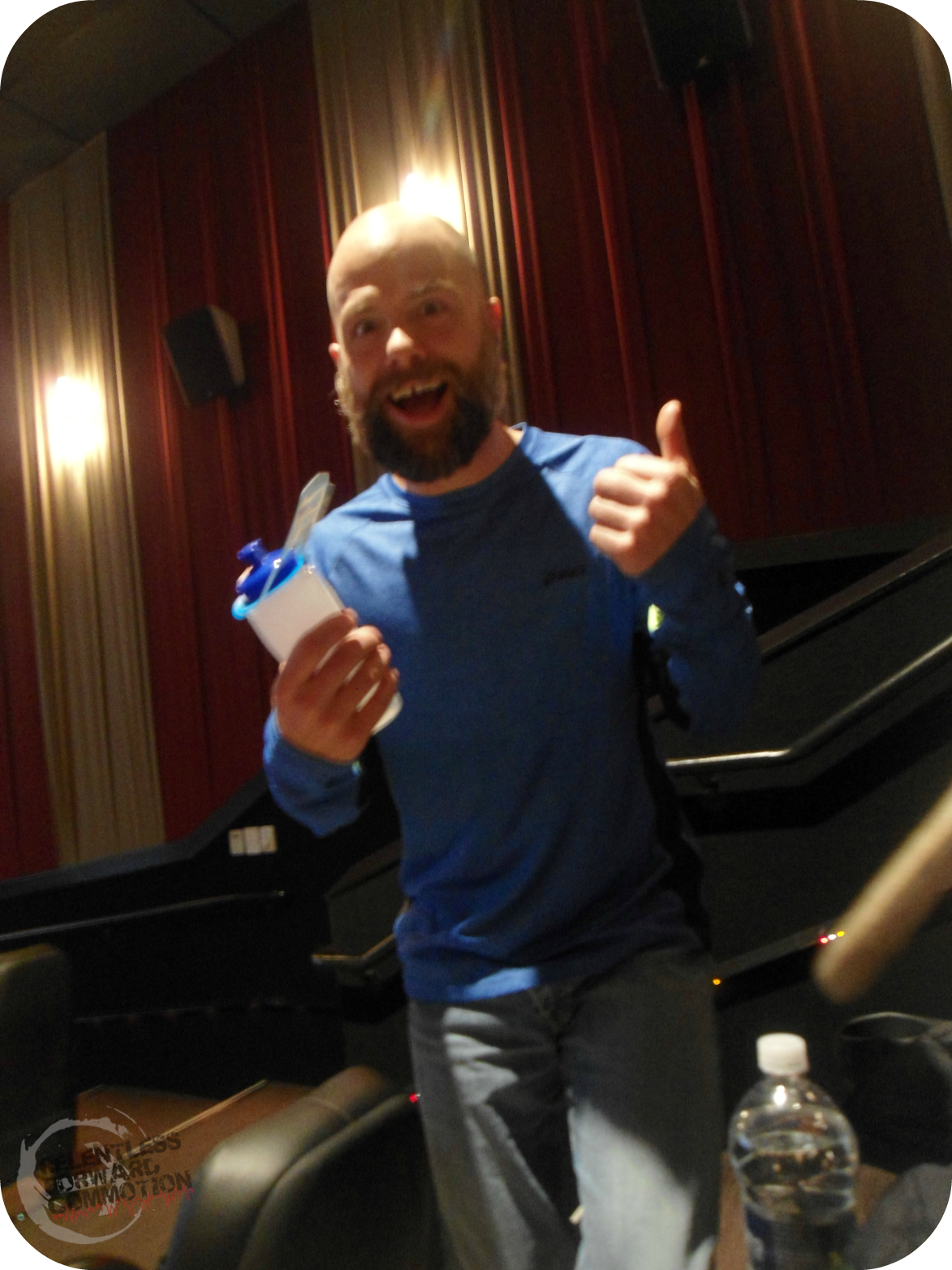 I had my fingers crossed for an Ultimate Direction vest they were giving away.  Ultimate Direction was one of the title sponsors of this film festival, and I think there was some sort of subliminal messaging (it seemed everyone in all of the videos was wearing one of their packs).  By the end of the night I was convinced I needed one of my own.  Alas, I had not been given the winning ticket.  Womp womp.

The second act was approximately 1.5 hours long consisting of again 7 short films, previews, and the feature film.   Act two started with a short film by the Ginger Runner about the 2014 Gorge Waterfalls 50K  (a Rainshadow Running Race).  While the film basically consisted of 11 minutes of The Ginger Runner (Ethan Newberry)’s head  (the ultimate selfie video) the actual views of the trail itself were AMAZING.

Gorge Waterfalls 50K: YOU are now on my bucket list.

The feature film of the evening was “The Long Haul”, a film following two ultra runners, Hal Koerner and Mike Wolfe, as they set out to break the fastest known time (FKT) for covering the John Muir Trail.  I’ve heard and read about the 223 mile John Muir Trail before, but I’ve never seen it before.  Amazing. 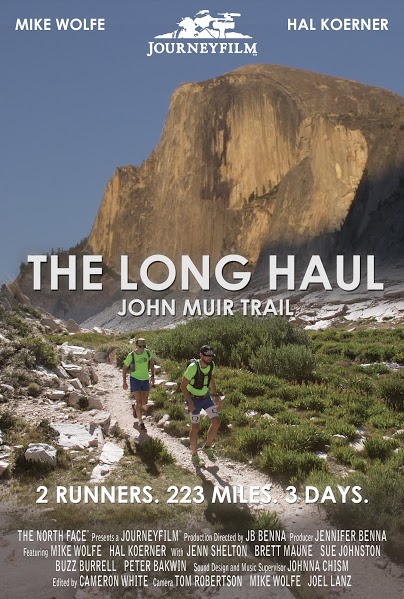 I won’t cover every single movie, because that would defeat the purpose of you going to check out the film festival yourself if you can (and you absolutely should, it was very much worth the ticket price…check HERE for East Coast dates and HERE for North West dates.)  But I will say the Trail Running Film Festival was an amazing glimpse into the awesome things human beings are capable of, and a glimpse of some of the more amazing places on this earth.   It was an amazing dose of running motivation, much needed at this point in the winter.

And of course now I’m ITCHING to get back on the green…or hell even at this point, brown… trails again.  But for now, I guess I’ll go put my snowshoes back on…