In the running world, there are a ton of trends I’ve been on top of since the very beginning. After all, it is kind of my job in this space: no one wants to read a shoe review of a model that is 2 seasons old (though that hasn’t stopped me from writing those reviews in the past).

But then there are a few things that I’m so painfully far behind on, it’s nearly laughable.  Two examples:

These are both things many of my running friends have been raving about for YEARS, and things that I’ve always kept in the back of my mind, thinking “yeah, I should really read/do that”…but haven’t gotten around to it yet.

I discovered that Ragnar, the executers of what I hear are some mighty fine and fun multi-day point-to-point road relay races, now have a TRAIL series.   Outta my way, procrastination, I’ve GOT to do this.

Now, because I’m certain I can’t be the last person on the running world who hasn’t done one yet, let me share a little bit more about what Ragnar events are:

WHAT IS A RAGNAR RELAY?

Ragnar long distance, team, overnight running relays that take place in the most breathtaking places in the world. Teams come together to conquer a course over two days and one night, and push their limits, on little amounts of sleep, with friends and a community of runners by their side.  Conquer 200-ish miles of road running with 12 friends and 2 vans during a Ragnar Relay, or camp with 8 friends and conquer a set of gritty trail running loops at a Ragnar Trail.

The idea to run an overnight 24+ hour running relay across the mountains of Utah was a lifelong dream of Steve Hill. The dream became a reality in 2004 when Steve, his son Dan and Dan’s college roommate, Tanner Bell, organized the first Wasatch Back Relay, spanning 188 miles from Logan to Park City, UT. Starting small, the Ragnar Relay Series has grown from a single relay in Utah to the largest overnight relay series in the nation.

Now, the van/road thing does indeed sound fun in its own right (and you can learn more about it HERE).  But if you guys have learned anything about me by now, you know that

b) sleeping in tents is probably my second most favorite thing in the world…second to running in the dirt.

So while I’d love to participate in a road Ragnar Relay one day, there is no doubt that the Trail series is first on my list. 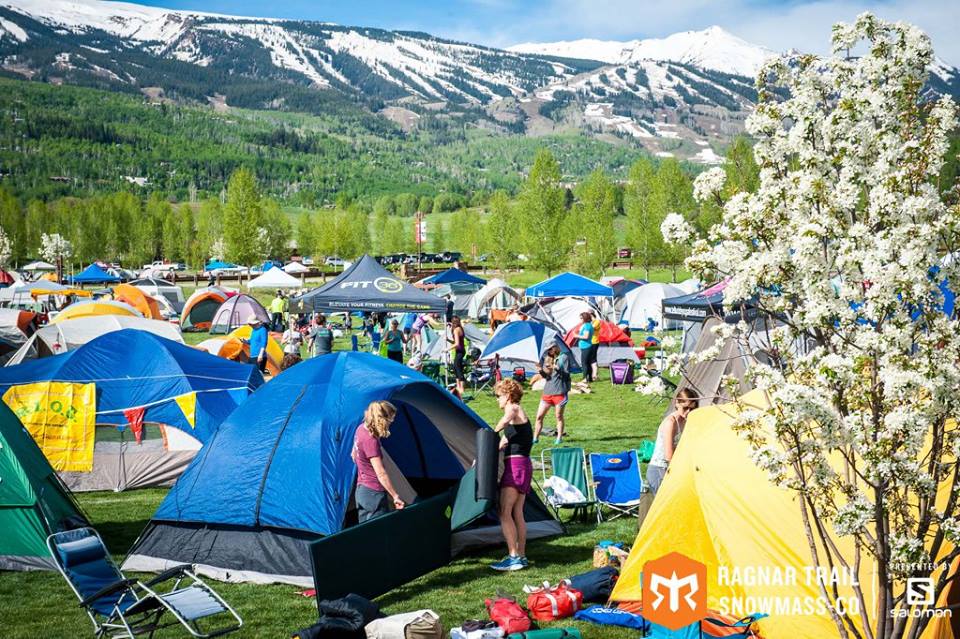 How does a Ragnar Trail work?

In our Ragnar Trail Relays, teams of 8 (or 4-member ultra teams) run relay-style on three different single track loops that start and finish at Ragnar Village. Teams run day and night until each member has completed all three trail loops.

Swap vans for tents, pavement for trails and exchange points for Ragnar Village. Add bonfires, s’mores & a festival atmosphere, and Ragnar Trail Relays are a whole new brand of awesome on your running calendar.

Dirt? Tents? Running? Friends?  You don’t’ have to ask me twice. Count me in.

We’ve assembled a team of our finest Myrtle Beach trail runners (and by finest, I mean a few of the small handful of people around here that are enthusiastic about leaving the pavement and hitting the trails.  Plus they are all fun and highly entertaining) and we’ve registered for the 2016 Carolinas Ragnar Trail Relay in Anne Springs Close Greenway.

Meet Team #75:  Out of Bounds – Myrtle Beach.  I have no idea what the team name means, you’ll have to ask the guy in the bottom right hand corner.  But I like it. 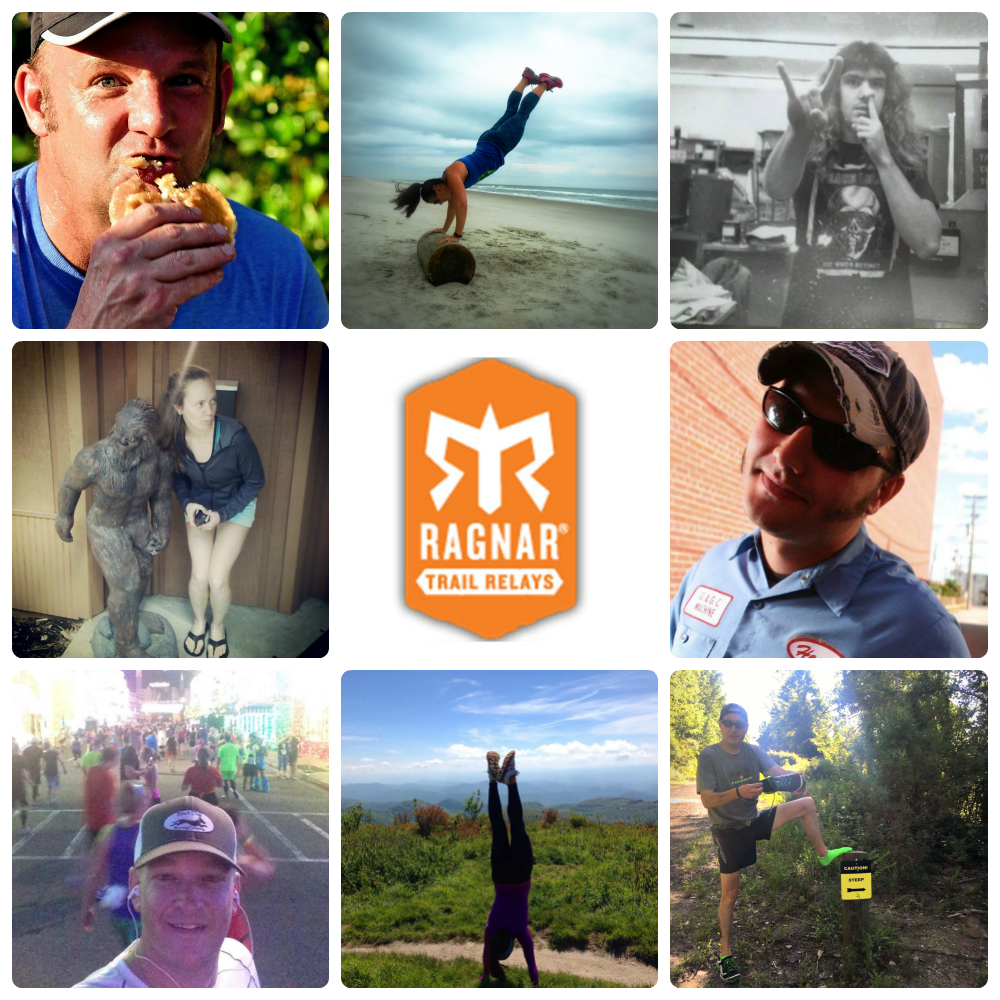 I won’t get all sappy on you just yet, but I’m super stoked to spend time literally running in circles with these people.  We’ve got new runners, new trail runners, and experienced runners alike.  We’ve got new friends, old friends, experienced campers, and people wondering where to find a sleeping bag.  But one thing we’ve all got in common is that we love pushing our limits to see what we are truly capable of…all while laughing at ourselves for the ridiculous situations we put ourselves in.  Like running in circles for two days straight.

Oh, and we will all be first time Ragnar runners.  Ragnarites? Ragner-ers? 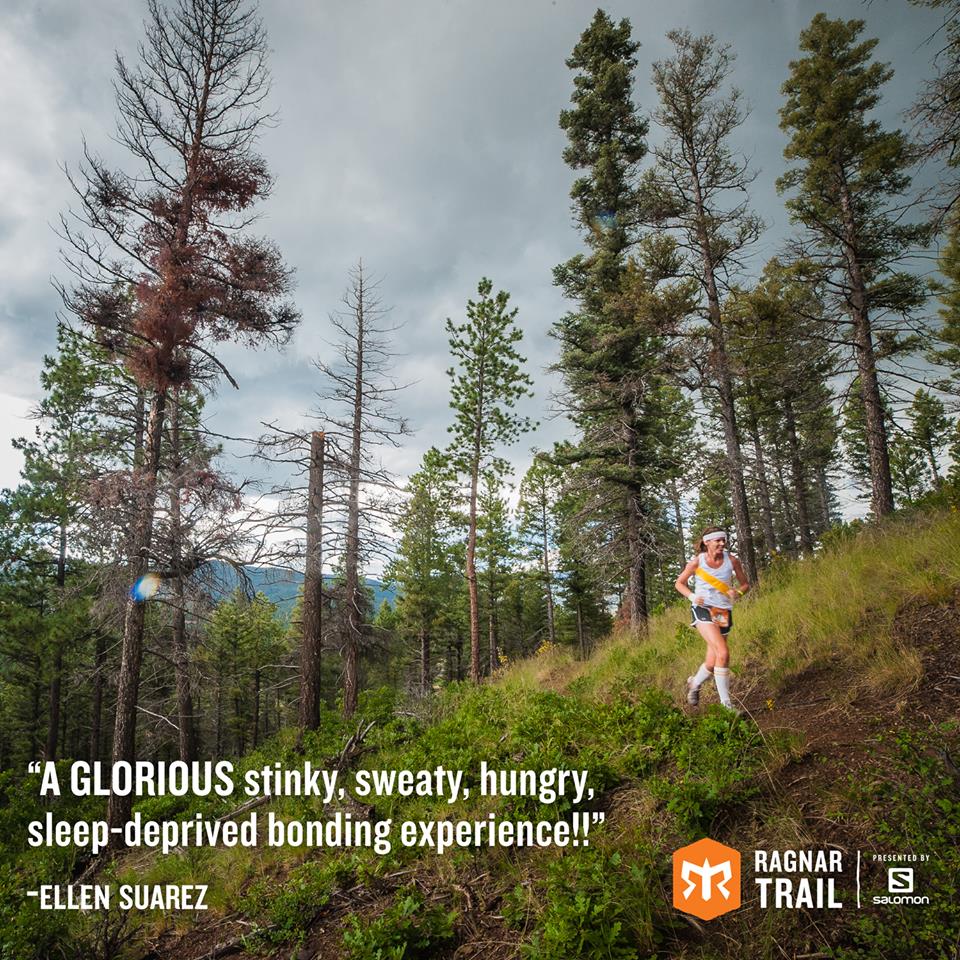 You’ll be hearing more about our team and our training over the coming months.  But in the meantime, I want to encourage you guys to check out what Ragnar has to offer.

(Or better yet, gather your own team and join us October 8th & 9th at the Carolina Ragnar Trail Relay!)

Whether you prefer sweaty vans or muddy sneakers, with road and trail relays spanning across the country, there certainly is a race for every runner.  I’m excited to finally see what a Ragnar Relay experience is all about.

CLICK HERE to find an upcoming Ragnar event near you!

Have you run a Ragnar Relay before?
If not, what is holding you back?
If so, what advice would you give my team?