I always hoped my lasting internet fame, the thing that kept readers coming back to my blog for more, would be my above average running abilities and captivating writing style.  The truth is, my running skills are mediocre at best,  and my ability to captivate an audience is wildly sporadic.  So what keeps people coming back to this blog, day after day keeping my page views higher than they should be?

I’m serious.  My “What to Expect During Umbilical Hernia Surgery Recovery” posts trumps everything I’ve ever written.  Even that time I ran a naked 5K, or caused an outrage with the back of the pack runners resulting in a personal phone call from the editor of Runner’s World himself (and that post legitimately went viral).  I get comments on the post and direct emails from people suffering from hernias weekly, and most often, people are asking for a current update.  They want something to reassure them that life will return to normal post surgery.

Well my friends, I have some bad news for you: 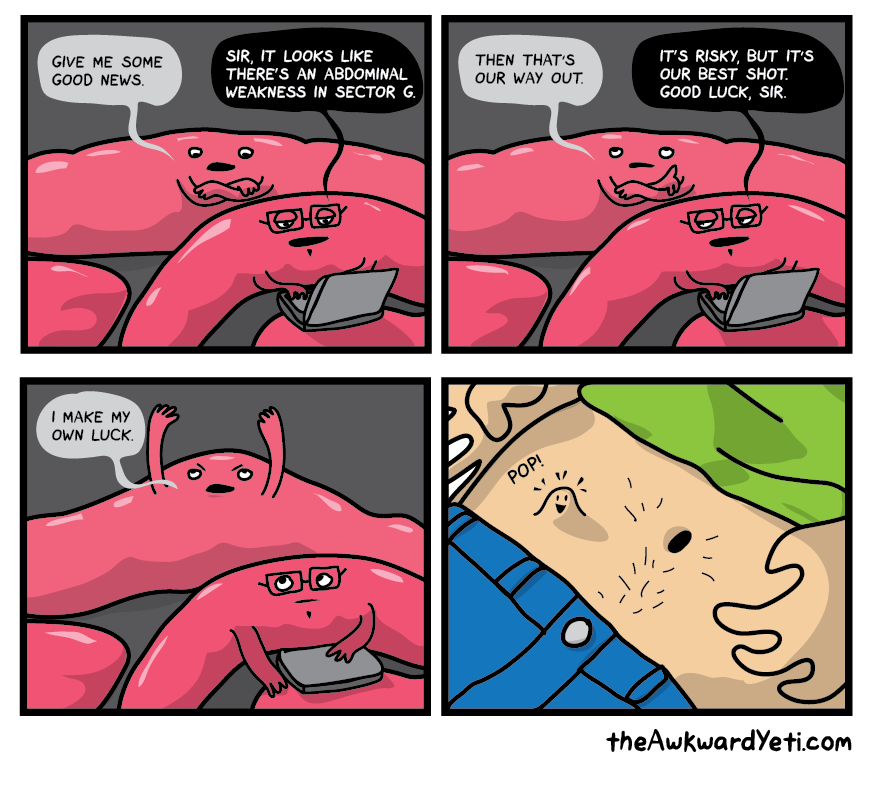 The surgeon who performed my hernia repair promised me there was only a 1-3% recurrence rate.  Well, I guess I’m the lucky winner! If I had to give a timeline, I’d say that the hernia returned about 6 months post op.  It has bothered me a bit here and there, but has made itself extra present within the last few months.  Since I had moved nearly 1,000 miles away from the original surgeon, and was temporarily without health insurance, I didn’t bother getting it checked out.  Because the hernia is coming through the diastasis recti (gap in my rectus abdominis), it does tend to come and go.  I’ve spent the last 1.5 years “sucking” my stomach in and pushing the hernia back behind my abdominal wall.   Writing it out makes me realize how awful it actually sounds, but it has simply become a daily habit for me.

Lately, however, I’ve been  having a harder time “sucking it in”, to the point where my abdomen is so swollen I almost feel pregnant.  Further, the intestines pushing on the walls of my abs are causing my diastasis recti to become worse.  Let me tell you, it’s an uncomfortable scenario when you can actually FEEL the rectus abdominis separating.

The final straw was 30 miles into a 100 mile ultra marathon, when the hernia was nearly the size of a clementine poking out above my belly button.   I actually tried to tape it back in, true story. 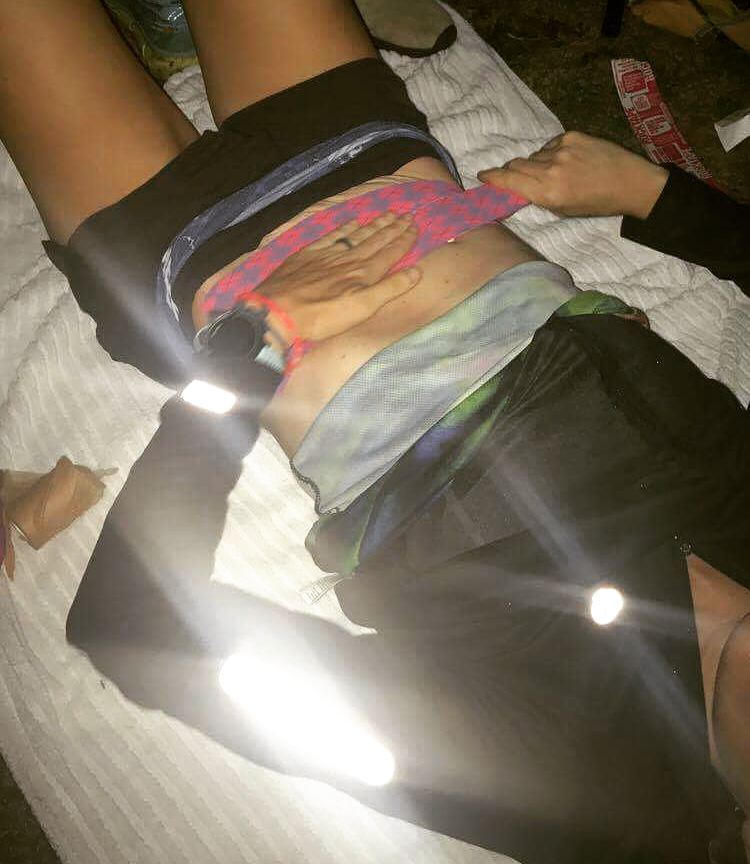 GET BACK IN MY BELLY!

The threat of a possible emergency situation due to an incarcerated hernia was not enough to get me to a doctor.  No, instead it was the fact that the stupid hernia ruined a race I had trained more than half a year for, that’s what finally got me to cave and get this thing taken care of.

So, that’s where I’m at right now.  Referral with a primary care doctor has been done.  Consultation with the surgeon happens on Tuesday, where I’m hoping we can discuss alternative ways to repair the hernia to hopefully prevent recurrence again (a different type of mesh? Fixing the diastasis recti?).  And hopefully, we can get this sucker repaired once and for all…ASAP.

Stay tuned for more of the #ChroniclesOfHernia*…because I might as well blog about it, right?

*disclaimer: credit where credit is due, a random person in the Barkley Fall Classic 50K Facebook group gave me that idea, it was too good not to use.